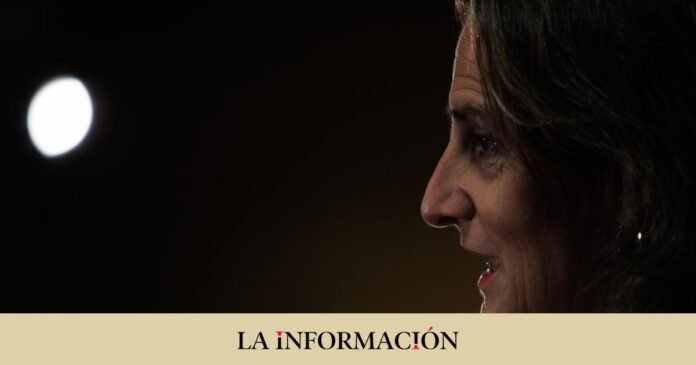 December 2021 Germany, backed by eight other northern countries, knocked down all its claims and a few months later the Commission closed the discussion arguing that the pool was the “best option” for users and companies.

A year later, the photo has changed. In the penultimate meeting that the EU Energy Ministers held on December 13, we could see the Spanish company surrounded by her counterparts while they listened to her arguments in favor of establishing a price limit on gas imports. “The photo reveals reality. We have had to lead the energy field,” said the Secretary of State for Energy, Sara Aagesen, recently in an interview with TVE.

Led by Spain, the southern countries rebelled against the exorbitant cap on gas raised by the Commission of 275 euros per megawatt hour (MWh). Finally, it was established at 180 euros/MWh and it is very difficult for it to be applied due to its conditions. If it is used to send a message

This pact will also obtain final approval for joint gas purchases and speed up the use of renewable energy by simplifying permitting processes for the development of ‘green’ projects in areas with lower environmental risks.

However, it was the President of the Government, Pedro Sánchez, who in December 2021, before Russia’s invasion of Ukraine, came forward and told the European Commission to carry out a “joint purchase” of gas in order to expand power negotiating EU before the escalation of energy prices. “If the joint purchase of vaccines works, why don’t we increase our bargaining power during a joint purchase and a strategic gas reserve in Europe?” argued an economic forum organized in Pontevedra.

However, the biggest milestone achieved this year by Spain -together with Portugal- has been the default Iberian exception. The head of the Executive demanded a “common and ambitious response” from the EU to put a stop to the exorbitant prices of electricity. He made a European tour in search of support and, faced with the refusal of the Nordic part of the Council, he demanded a “private response” for Spain and Portugal, arguing that the Iberian Peninsula is an energy island with a very low electrical interconnection.

It was at the end of March when Sánchez and the Prime Minister of Portugal, Antonio Costa, succeeded in a summit that the rest of the leaders recognized the particularities of both countries to face the escalation of energy prices. Then it took ten weeks and a half for the final approval. The cap on gas for electricity generation came into effect in Spain in June and, since then, has generated savings for Spaniards of 4,000 million euros, according to Ribera.

On the other hand, we have also seen how Germany, with the interest of getting more gas after the Russian supply cut, has positioned itself alongside Spain to unblock the construction of the final part of the MidCat, which for years has been on the table and has not been developed due to the opposition of France.

As is known, the MidCat has been definitively buried, but in return the country has started what will be the first great green hydrogen corridor in the EU. Named H2Med, it will interconnect Portugal and Spain with France to transport this energy vector. It will consist of two routes: the one that will unite Portugal with Spain (Celorico-Zamora) and the new submarine hydroduct between Barcelona and Marseille (BarMar). It will have a total cost of around 2,850 million euros and the Government trusts that it will be paid for with European funding.

In this context, Spain is preparing to be the supplier of cheap green hydrogen to the great European powers. A report by the consulting firm McKinsey & Company reveals that Germany could appreciate a reduction of between 15% and 20% in imports if it is done from low-cost production areas, such as the national territory.

But Spain is not only going to live on green hydrogen, but also aspires to be a power in photovoltaic solar energy, offshore wind and biomethane. 2030, according to the Spanish Photovoltaic Union (UNEF). Up to 65% of the equipment can be manufactured in Spain, since it has the competitive advantage of having land and solar resources.

As far as marine wind is concerned, the Ministry for Ecological Transition has yet to publish the Maritime Space Management Plans (POEM) in order to move forward. The objective of these is to identify the areas with the greatest potential for the installation of wind farms, among which the southeast coast of Gran Canaria, the Galician coast, Catalonia, Almería, Asturias and the Basque Country stand out. There are 15 offshore wind projects in Spain submitted for public consultation.