HomeLatest NewsSpain will not only live on hydrogen: fourth European power in biomethane
Latest News

Spain will not only live on hydrogen: fourth European power in biomethane 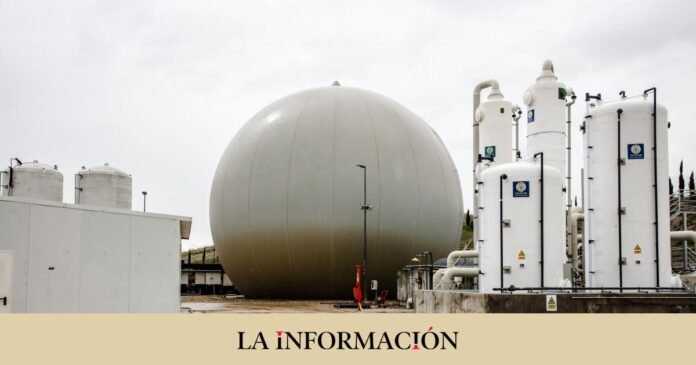 Spain will be a very important player in promoting renewable gases. The country is preparing to lead the hydrogen race, but little is said about biogas and biomethane and a study by the European Biogas Association, to which La Información has had access, places the country as the fourth European power in this field.

“The next few years will be important for the development of the Spanish biomethane sector. Spain is the fourth country in Europe with the greatest biomethane potential, yet to be exploited”, the association is thus forceful, highlighting that the country has all the types of feedstocks available to produce more than 100 terawatt hours (TWh) of biomethane per year.

According to Enagás, operator of the Spanish gas system, 30 new biomethane plants are being built in the country and they are expected to be operational before 2025. It must be taken into account that at the end of 2021 there were four operational and that in September another one has been added this year. “The Spanish biomethane market is in the early stages of development, but it is beginning to take shape with a growing number of initiatives and projects,” the document underlines.

“The first Spanish plant began production in 2009 using organic waste from the city of Madrid,” the report says. In July of this year, Naturgy announced the start-up of its third biomethane plant in Spain to inject renewable gas into the group’s distribution network in 2023. Specifically, starting next summer, this facility is expected to inject 11 .8 GWh per year of biomethane in the gas distribution network, equivalent to the annual consumption of 3,150 homes.

For its part, as far as biogas is concerned, there are some 250 active plants in the national territory, with an installed capacity of 836 megawatts (MW) and a production in 2021 of 8,079 gigawatt hours (GWh). This is equivalent to 318 MW of installed electrical capacity and an electricity generation of 3,070 GWh. The Executive’s Biogas Roadmap proposes that by 2030 production exceeds 10.4 terawatt hours (TWh), as well as that that same year at least 1% of the gas consumed through the natural gas network is biomethane . The estimated tax rate for biomethane in leading European countries is around 10% of final gas consumption by the end of the decade, or even 20% in the case of Germany.

For its part, the Institute for Energy Diversification and Saving (IDAE) sees much greater potential and calculates that it could reach 34 TWh per year, three times more than the production objective of the National Integrated Energy Plan and Climate (PNIEC) 2021-2030.

Biogas and biomethane can also play an important role in the EU’s goal of ending its dependence on Russian gas. The European Commission has set a goal of 2030 to boost biomethane production to 35,000 million cubic meters within the REPowerEU plan.

The International Renewable Energy Agency (IRENA) also places Spain among the top 15 countries in the world in the production of cheap green hydrogen by 2050. Specifically, the kilogram is around 0.80 dollars (0.75 euros). In this sense, the country has turned renewable hydrogen into a country strategy. Proof of this is H2Med, which will be the first major hydrogen corridor in the European Union. This will interconnect Portugal and Spain with France to transport this energy vector.

In addition, Spain already has a portfolio of green hydrogen projects of more than 15.5 GW, which almost doubles the 2030 target of 4 GW established in the roadmap approved by the Government. There are 80 projects spread throughout the country, although they are mainly focused on the southern, Cantabrian and Mediterranean coasts because they are more industrialized areas.

But Spain’s energy potential does not stop here. It could also become the photovoltaic industrial ‘hub’ of Europe and deploy 20,000 million euros of public and private investment until 2030, according to the Spanish Photovoltaic Union (UNEF). Up to 65% of the equipment can be manufactured on national soil, since it has the competitive advantage of having land and solar resources.

As far as marine wind is concerned, the Ministry for Ecological Transition has yet to publish the Maritime Space Management Plans (POEM) in order to move forward. The objective of these is to identify the areas with the greatest potential for the installation of wind farms, among which the southeast coast of Gran Canaria, the Galician coast, Catalonia, Almería, Asturias and the Basque Country stand out. There are 15 offshore wind projects in Spain submitted for public consultation.

Share
Facebook
Twitter
Pinterest
WhatsApp
Previous article
The State Duma wants to impose sanctions against the deceased Russians: what the authorities plan and who will be affected
Next article
BioShock is portrayed as a Cronenberg movie using KXan neural networks 36 Daily News