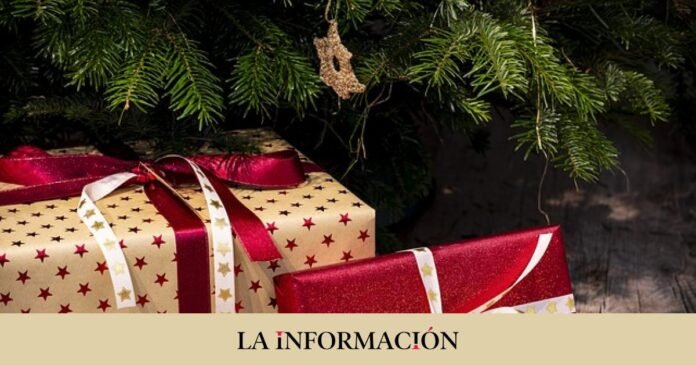 After overcoming the coronavirus pandemic, everything indicated that a Christmas would be lived like before Covid, but the war in Ukraine caused an increase in inflation that triggered prices in all European countries. But the economic uncertainty has not put an end to the illusion of these dates, nor with the Christmas gifts, although the Spanish will spend less than on the same dates last year. Of course, the elves of Santa Claus and the pages of the Magi will be more careful in the election, according to the reports of experts in purchases and marketing compiled by EFE.

Behind this brake on the consumption trend is the increase in the cost of living for Spaniards, added to the economic uncertainty expected for the beginning of 2023, described in an EY Future report. This same study reveals that 37% of Spaniards will reduce their spending on these holidays compared to last year and 46% will be more precise and meticulous when choosing one product or another.

In this way, the Spanish, adds the report based on a survey, will be “more restrained” in these Christmas holidays, although with certain differences by generation. Generation Z (18 to 24 years old) is “more optimistic” in spending, since only 31% will spend less than the previous year, compared to generation X (41 to 56 years old), which is “more cautious” in spending compared to the previous year (42%).

Another study, this one developed by OBS Business School, indicates that sales on these dates in Spain are expected to reach almost 30,000 million euros, behind the United Kingdom, Germany, France and Italy. Regarding the private budget for Christmas gifts, Aladinia’s report places it at an average of 180 euros per person, which means 60 euros less than last year. 2021

The most gifted: partner and children

Each Spaniard will buy an average of four gifts and the couple and children will be the main focus of attention for this investment in Christmas gifts, details the Aladinia report. Clothing, accessories and footwear occupy the podium of favorite gifts, followed by experiences.

But one of the sectors that becomes more important during this month is the toy store, where board games are included. This industry has managed to place its figures almost in parallel to those of 2019, prior to the pandemic. Until September, total billing was 352 million, 7% more than in 2021, and for this year billing is expected to increase by 3%, reaching almost 1,650 million.

In the Christmas campaign, the sector expects a 2% increase in sales, with a consolidation of board games, whose sales increased due to sanitary restrictions, according to data from the Spanish Association of Toy Manufacturers (AEFJ). .

Less shipping but more internet in the future

The logistics employers’ association in Spain (UNO) forecast that both for the Christmas campaign and for “Black Friday” and cyber Monday the number of shipments would fall by 5.3% compared to the same dates in 2021.

Its president, Francisco Aranda, has confirmed this decrease after the month of November and for the Christmas season. The slowdown, in his opinion, is due to three circumstances: the rise in the cost of energy and raw materials, inflation and the rise in interest rates that affects mortgages and, therefore, the pocket of consumers

This lower number of shipments, a consequence of the reduction in spending, fully affects the gifts ordered and buyers over the Internet, on the different platforms of the large virtual and web distributors of the brands. Eduardo Irastorza.

His forecast is that the “marketplace” will increasingly “make integrated proposals” for products from various sectors for these dates and according to his criteria, it is possible to speak in a short time of what will be the “virtual Christmas basket”.

Share
Facebook
Twitter
Pinterest
WhatsApp
Previous article
European hotels intend to abandon individual hygiene products for guests
Next article
In Kemerovo, the owner of the shelter, in which 22 people were burned, named the cause of the fire KXan 36 Daily News