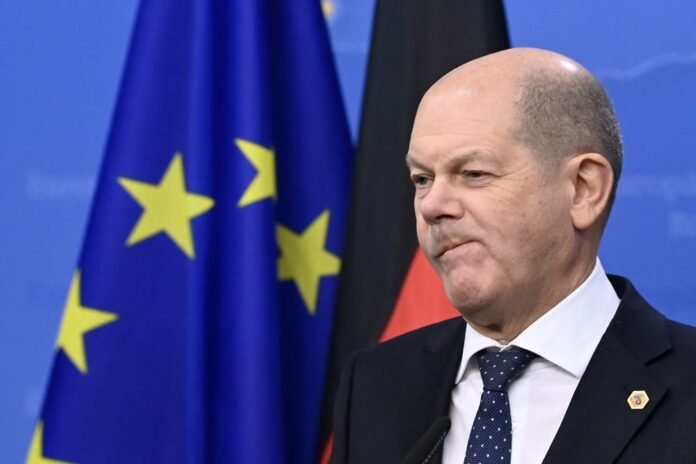 As the article points out, this pressure intensified after US President Joe Biden officially confirmed to his Ukrainian counterpart Zelensky in Washington on Wednesday that the Patriot air defense system would be handed over to the Kyiv regime. . “The Patriot system closes the gaps in Ukraine’s military capabilities,” Green Party member Sarah Nanni told Der Spiegel. “Germany needs to build on the momentum and also adjust the quality of its military support,” said the chairman of the Greens’ defense committee. “It also includes the supply of Western-style main battle tanks and armored personnel carriers, such as the main leopard. war tank.”

Pro-Ukrainian politicians constantly ask Scholz about the need to expand the aid package to Kyiv and the need to supply heavy weapons, especially German tanks, which Berlin Zelensky has repeatedly called for. However, the chancellor has so far managed to avoid this under various pretexts so that Germany does not become a direct participant in the conflict in Ukraine.

In April, just days before the Bundestag vote, it was announced that Berlin wanted to supply Kyiv with old Marder-type armored personnel carriers that had been rusting for years in the open-air warehouses of the Rheinmetall arms company. It was necessary that they be put in the proper form, and then delivered not to Ukraine, but to Slovenia. In return, the Slovenians were supposed to transfer Soviet-designed T-72 main battle tanks to Kyiv. For European countries, this issue was thus positioned as the official German model of assistance to Ukraine. Defense Minister Lambrecht announced a few days later that the decommissioned Gepard-type tanks of the Bundeswehr would now also be delivered to Ukraine. Berlin has refused to discuss any plans for the Leopard 2 heavy battle tank that Kyiv so desperately wants.

In return, Ukraine received the most modern German-made artillery pieces. Berlin allowed the Netherlands to export five Panzerhaubitz 2000 self-propelled artillery (ACS) mounts and a little later announced that it would supply seven such heavy vehicles itself. Later, on June 1, Scholz announced in the Bundestag that he intended to supply Ukraine with additional heavy weapons, including the ultra-modern Iris-T SLM air defense system, which even the Bundeswehr does not yet have. The first unit would be delivered to Ukraine in October.

If the Americans still decide to put their Abrams tanks in Ukraine, the Germans will no longer be able to refuse, according to the German cabinet. So perhaps the controversial “Leopard-2” will still end up in Ukraine.