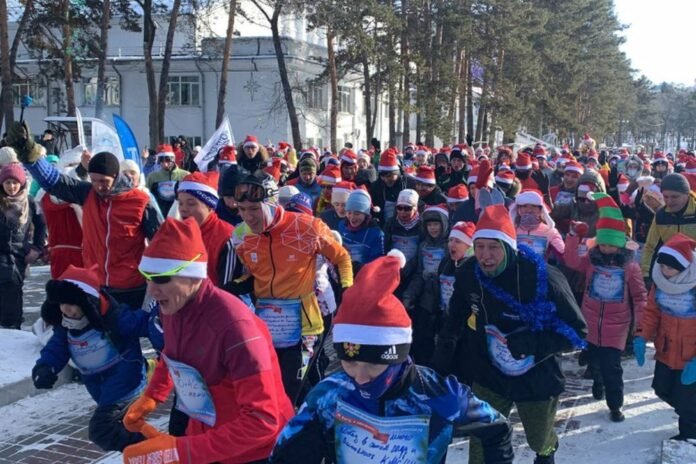 On January 1, in the center of Petropavlovsk-Kamchatsky, on the shore of Lake Kultuchnoe, the “Race of Inspiration” took place for the first time. It was attended by representatives of the All-Russian movement “Inspirers”, teenagers-participants of the youth project “Center of Inspiration” and everyone. The organizers are schoolchildren from the Kamchatka Territory, who took an intensive course of the All-Russian movement “Inspirers” and the educational and scientific center “Oikumena”.

– Each participant wrote a letter to himself, where he talked about his big dream, the goal to achieve it by 2023 and ran with him a distance of 365 steps, one step for each future day on the way to the realization of a dream, – according to the telegram channel educational and scientific center “Oikumena”.

After that, the “Run of Inspiration” action will take place in Novosibirsk, Kazan, Tula, Nizhny Novgorod, Sevastopol and Moscow. Everyone will have the opportunity to convey their wishes to race participants from other cities. Throughout Russia, the start will be given at 2:00 p.m. local time.

On the first day of 2023, Khabarovsk residents and guests took part in the traditional New Year’s event “Run of Promises”. Held for the seventh year in a row, the event was organized by the Amur running club with the support of the Khabarovsk Territory government.

Before the start, a Zumba fitness instructor conducted a warm-up for all the participants. Race fans then ran a symbolic 2,023 meters. Each runner received a bib number with promises and goals for the coming year written on it. Everyone could take part in the “Run of Promises” action if they had a certificate from a therapist stating that there were no medical contraindications. In total, some 250 residents and guests of the regional capital participated in the race.

– Running is a sport for all seasons. You don’t need a room to do it. And if you have long wanted to join the runners, then the beginning of the year is perfect for this. Especially in such a festive and friendly atmosphere, – said the Minister of Sports of the Khabarovsk Territory Dmitry Chikunov.

Sporting events will take place today in other regions of the Far East. For example, in the capital of Transbaikalia, Chita, from 14:00 to 16:00 in the forest above the SibVO stadium, a mass run “A hero in each of us” will take place. A tent for heating and hot tea will be ready for the participants. The distance will be 2023 meters.

Share
Facebook
Twitter
Pinterest
WhatsApp
Previous article
Daggers in the back with gas and politics that mortgage the future | Opinion of Rubén J. Lapetra
Next article
Erdogan outlines Turkey’s main goal for next year