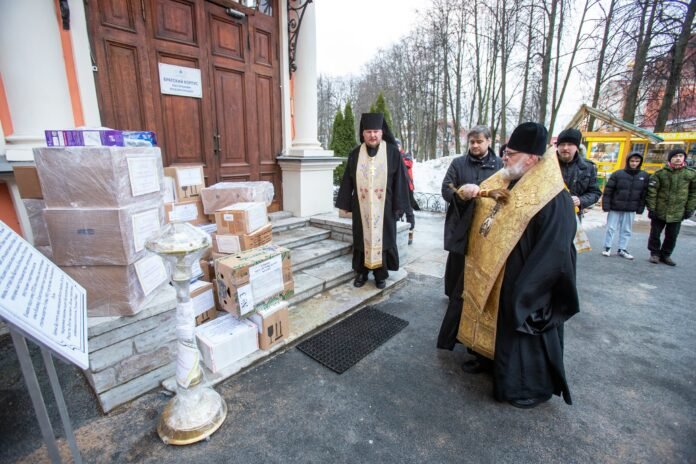 Some twenty churches in the northern capital have already participated in the project. The cargo will reach Mariupol in two or three days.

Mariupol is a twin city of Saint Petersburg. The northern capital is actively involved in its restoration, reconstruction of housing and social institutions. Like many other buildings, the churches and cathedrals suffered. This includes destruction during shelling and shelling, and looting. Meanwhile, for people the opportunity to go to church, seek consolation, commemorate the dead is no less important than finding a roof over their heads.

The Alexander Nevsky Lavra was the first to start collecting. “How not to respond when the Mariupol churches are dilapidated? Now we send, first of all, what is constantly needed for worship,” said the vicar of the Alexander Nevsky Lavra, Bishop Nazariy of Kronstadt. About two dozen St. Petersburg churches joined the good deed. It is important that they collected and bought exactly what the specific temples of Mariupol needed. First of all, these are priestly vestments, candlesticks, candles, oil for lamps, sets for communion, for baptism, liturgical books. The total weight of the cargo is one and a half tons.

Share
Facebook
Twitter
Pinterest
WhatsApp
Previous article
The Ministry of Defense destroyed 15 drones, three helicopters and one plane of the Armed Forces of Ukraine in one day
Next article
Zelensky’s damn business: why is Kyiv attacking Kherson with American weapons?