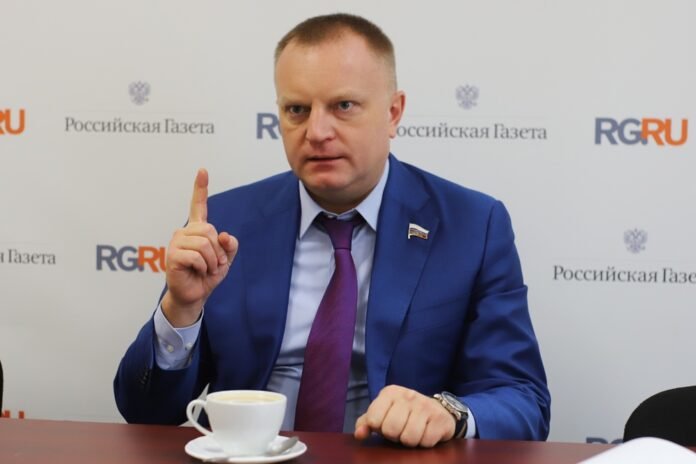 Ivan Konstantinovich, last year was eventful. In his opinion, what is the main conclusion that can be drawn from his results?

Ivan Sukharev: As you know, in 2022 fateful events occurred for our country – a special military operation began and a referendum was held in Donbass, in the Kherson and Zaporozhye regions. For our president, the NWO is a difficult and, I emphasize, forced decision. And the inhabitants of the territories now liberated from the LPR and DPR, who had endured intimidation and real genocide for more than eight years, supported this decision and enthusiastically joined Russia. I say this with confidence, since I was among the observers of the referendum.

Of course, we parliamentarians support the residents of Donbass and our fighters, who are now participating in a special operation.

On New Year’s Eve, I once again went to the LPR, where I met with the participants in a special military operation from Bashkiria. We bring them humanitarian aid: generators, chainsaws, gas stoves, clothing and stationery. As it turned out, paper, pens, scotch tape and other stationery are simply necessary there. But above all, the mobilized and the volunteers need our support.

So, are you pushing for a bill on additional social support measures for SVO participants and their families? Tell us more about these initiatives.

Ivan Sukharev: Of course, the priority of the deputies now is to support the members of the SVO and their families. I note that now many bills are being developed in a consolidated manner by deputies from different factions. For example, we proposed exempting citizens mobilized for violating traffic regulations from administrative sanctions.

For objective reasons, it is difficult for SVO participants to pay and appeal fines. This category of citizens does not have the opportunity to defend themselves in court, and hiring a legal representative entails significant financial costs. I know notaries who do not accept money for their services from the mobilized and their families, but this is a rare exception.

The initiative of the LDPR faction will affect 318 thousand people summoned as part of the partial mobilization. The amnesty will not affect those mobilized, those who refused medical examinations and lovers of drunk driving.

A few years ago, I suggested that all children should receive alimony from the state budget, and then these funds should be sued by the debtor parents. It’s no secret that the effectiveness of “removing” alimony from debtor parents is quite low. Whereas it would be easier for the state to ask the debtor. But unfortunately our initiative was not supported.

Now we have offered to support children in this way, whose parents, who are obliged to pay alimony, have become participants in the SVO. In accordance with current legislation, enforcement proceedings against military personnel are suspended in whole or in part at the request of the debtor. Accordingly, the children will not receive alimony. In addition, there is the possibility that the parent dies in the exercise of her duties, which implies the extinction of all obligations. Therefore, we consider: necessary to establish for said children an allowance in the amount of the average monthly amount of the required alimony until the parent returns from service, as well as the full return of the amount of arrears alimony in the event of death of the father.

I also proposed to provide additional transportation benefits to the Heroes of Russia and the USSR. I think they should be entitled to unlimited free travel on long-distance trains. Today, only two trips for personal needs or to the place of treatment by train within a year. But after all, this category of citizens is a vivid example of civic and military duty for the younger generation, why limit them?

Speaking of the younger generation, I would like to ask you about a bill that gives young people from the age of 16 the right to vote. Do you think that children at this age are capable of making decisions?

Ivan Sukharev: Modern youth is smart and talented. Every year at the All-Russian Conference “Young Technicians and Inventors”, which we hold within the walls of the State Duma of the Russian Federation, thousands of children demonstrate this.

In my opinion, today our schools lack well-constructed propaganda and normal textbooks. I often communicate with teenagers and I can say that they are ready to participate in elections from the age of 16. What’s more, at 18 they have already been given the right to buy alcohol and weapons. Although I personally think that the last two points should be postponed until the age of 21.

You get a lot of appeals from voters. What is the most asked of you?

Ivan Sukharev: On New Year’s Eve there were a lot of children’s letters. So, for example, a boy from Ufa asked for a set of soldiers for himself, and a doll for his sister. Of course, we granted his wish. They invited us to the Public Reception of the Liberal Democratic Party, chatted with him and gave him the desired gifts.

The mobilized people and their families periodically complain about the difficulties: there are not enough certain things. We are trying to help. Traditionally, there are many questions on the subject of roads, gas and electricity, as well as appointments with doctors. Some of the issues are resolved after submitting a deputy’s request, but all this, unfortunately, is the result of the so-called “manual control”.

Real estate scammers are often the subject of complaints. That is why I introduced a bill to create a unified state registry of real estate agents. It is high time to introduce effective control measures and responsibility in the field of real estate sales and create a state authority to regulate this activity. We are now awaiting the government’s decision on this initiative.

What are the main challenges you face in 2023?

Ivan Sukharev: This year, the elections of deputies to the State Assembly of the Republic of Belarus and municipalities will be held on the territory of Bashkiria. There are more than seven thousand vacancies in total. A new composition of the district electoral commissions is also being formed, which will include representatives of the Liberal Democratic Party. The problem is finding the right staff. People don’t want to get into politics, so some village council heads stay in their posts for 20 years. The responsibility is great, but the possibilities are limited. That is, the task is to find candidates.

This year we will continue to address demographic issues and direct all of our efforts and funds to support families. It’s time to unite. The year will be difficult, but I am sure that together we will successfully overcome the difficulties.