HomeLatest NewsStopping investment and cutting costs: the year of the great adjustment in...
Latest News

Stopping investment and cutting costs: the year of the great adjustment in startups 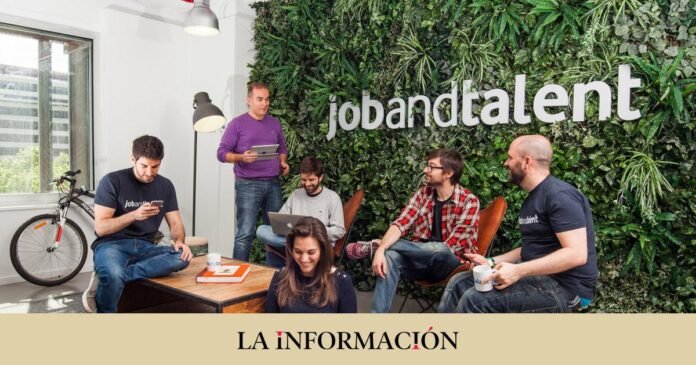 The year of the reset after the euphoria. This had reigned in the startup sector, both abroad and in Spain, in recent years. The enormous liquidity of the market triggered expenses, valuations and growth. Now, the macroeconomic situation has acted as a time machine and has returned companies to a thriving 2019, but far from the excitement of 2021. Collective layoffs and hiring freezes have been repeated. Debt operations have gained weight compared to large capital rounds. And the rush to close deals over the horn has given way to lead feet on the investor side. “It has gone from a market ‘controlled’ by the entrepreneur to one with more control by the investor,” explains a source from the venture capital sector.

The first sign of the new times must be found in the large numbers. In the absence of this last week, which is practically non-business for the signing of operations, investment in this type of company has reached close to 3,400 million euros, according to the figures accumulated by the Bankinter Foundation’s Startup Observatory. This represents more than 800 million cuts compared to what was canceled in a historic year 2021 (which culminated in the mega-round of almost 500 million from Jobandtalent). That is, a reduction of almost 20%. If the ‘mega rounds’ closed in the first quarter are excluded, the cut would be significantly higher.

Another of those signs is in the costs. For years, rapid business growth has been prioritized over profitability. The existence of abundant money in the markets made it possible to offset losses to continue with the accelerator fully depressed. Now, faced with greater macroeconomic instability and a tightening of financing conditions and interest rates, the change in sentiment is complete. And the consequences have been noticed in the first employment regulation files (ERE) in startups valued at hundreds of millions of euros such as Typeform, Lookiero or Devo. Companies such as Jobandtalent have opted, according to sources in the sector, to stop expansion through acquisitions of other companies -in recent years it had added close to a dozen transactions- and bring closer and consolidate the numbers within the black cumeros.

During the year 2021 the weight in the negotiation of capital injections resided more in the entrepreneurs than in the funds. There was a lot of competition to get in, with very deep international pockets ready to fight. This triggered the ratings on all sides. Now, some of those companies that signed very high ‘prices’ have opted more for pure debt operations or notes convertible into shares in the future so as not to have to examine themselves again with the ‘price’. The objective, as explained by several of the sources consulted in venture capital, is to lengthen the box as much as possible, with definitions and with this type of alternative transaction to ensure a 2023 in which they will not have the imperative need to go out on the market to raise money.

That less pressure to compete on the investment side has also led to a less intense dance late in the year. The usual thing in previous periods was to find a final stretch full of operations and a lot of activity. The sources consulted among the venture capital funds agree that the activity is much less frenetic than in previous years. There are no large operations in sight, beyond the one that the platform for buying and selling second-hand items Wallapop, advanced by La Información, has been negotiating for months. Everything indicates that the final closure will take place already in 2023.

Decision-making among investors has slowed down significantly. “Before, a competitive round could be closed in a matter of very few weeks and now the transactions take longer,” they explain from the fund side. There is also some withdrawal in the final stretch of the increases by funds in significant rounds. Jeff, the franchise chain in sectors such as laundry, has spent many months negotiating an extension in which there has been some abandonment ‘in extremis’ despite having an investment agreement (term sheet in English).

After that frenzy between 2020 and early 2022, Spain today has a handful of unicorns. But that list has lost some of its members. Glovo and Wallbox have left, after having sold through a sale with Delivery Hero and an IPO, respectively. Both have seen their valuations seriously adjusted precisely because of this cut in the stock markets. Travelperk and Jobandtalent did not see the valuation change in the opinion of one of their significant investors, the historic listed Swedish ‘family office’ Kinnevik. Others, such as Cabify, will have a relevant exam in 2023, since one of its main vehicle suppliers, the Auro group, is negotiating its sale to Uber. Despite the cost adjustments and the policies to lengthen the box, some of them will have to go on the market to lift in 2023 and that will be an important test.

This market cooling has also carried over to the market for sales and IPOs. Premieres in the park can be counted on one hand, with the furniture manufacturer Hannun being one of the exceptions. Shareholder changes have indeed taken place, but with prices much lower than in other years. If the effect of the operation carried out by Glovo, which was carried out in December but was definitively closed in July at the general meeting of shareholders, is eliminated, there have hardly been operations worth 500 million euros. That amount will be advanced in 2021 with five operations from Holded, Asti, Deporvillage or Bipi.

These same trends have also been repeated internationally, with more force in much more expansive and aggressive growth markets such as the United States. At a global level, in the third quarter, the quarterly investment cut was halved, while the cases of significant valuation reductions were repeated. The year 2023 is a new exam for the sector, after a 2022 that became a return to ‘normality’.