Strike calls for 2023 are reactivated in the ‘low cost’ airlines 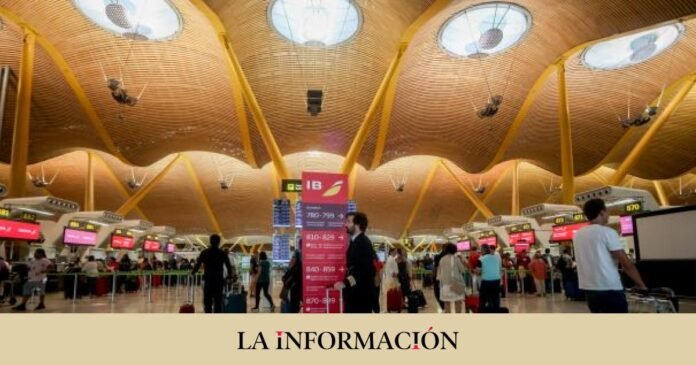 Several ‘low cost’ airlines such as Ryanair, Vueling and Air Nostrum have scheduled strike days for these dates in Spain, so travelers could be affected by the strikes in these companies to enjoy their holidays this end of the year.

In the case of Ryanair, the USO and Sitcpla unions, which represent the airline’s cabin crew, called a new strike from August 8 to January 7, 2023, both included. The strike consists of 24-hour days of stoppages, from Monday to Thursday, weekly, so that from the period between Monday, January 2, to Thursday, January 5, it will be affected by this call from the Irish airline.

The unions indicated that Ryanair has not shown “the slightest attempt to approach” them, but has publicly stated its refusal to engage in any dialogue with the representatives chosen by its crew members.

Likewise, Sepla announced last week the call for a strike by the group of Air Nostrum flight technicians (pilots) at all its bases and work centers. In this case, the stoppages will affect January 2 and 3.

The reason is the “blockage” in the negotiations of his collective agreement. As explained by the union, Air Nostrum insisted on offering “the 3% salary review for the years 2023 to 2025, maintaining its refusal to compensate even for the increase in the cost of living suffered by workers in 2022.”

For its part, Air Nostrum states that it has already offered, within the SIMA framework, a 10% salary increase for the next three years for commanders and 13% for second pilots. In addition, he indicated that this increase could be even higher depending on the results for objectives that are also being negotiated.

Stoppages at Vueling for the end of the year

On the other hand, the Stavla union called on Vueling cabin crew to participate in the strikes called every Friday, Sunday, Monday and holidays between November 1 and January 31, as well as holidays and days December 24 and 31 and January 5, to demand a salary update of 13.4% for 2022.

The president of Vueling, Marco Sansavini, described as unfeasible the salary increases demanded by the company’s Cabin Crew (TCP) and has called for dialogue.

Despite the strike, the airline has ensured that it “guarantees all its operations during the Christmas period”, between December 19 and January 8, and provides that “all flights already scheduled and for sale operate as planned” and added that those flights that could be affected by the strike have been canceled preventively.

How to claim compensation?

Under European Union air passenger rights, if a flight is cancelled, you are entitled to a ticket refund, re-routing or return travel, as well as assistance and compensation.

You have the right to compensation if you are informed less than fourteen days before the scheduled departure date. The airline has to prove that it has personally informed you of the cancellation and when it did so. Otherwise, you can contact your national administration for help.

To make the claim, you can go to the airline counter at the airports. Depending on each country, there is a certain period to present it and demand an infringement.