HomeLatest News"Sugar is not the main thing": Endocrinologists said what leads to diabetes...
Latest News

“Sugar is not the main thing”: Endocrinologists said what leads to diabetes KXan 36 Daily News 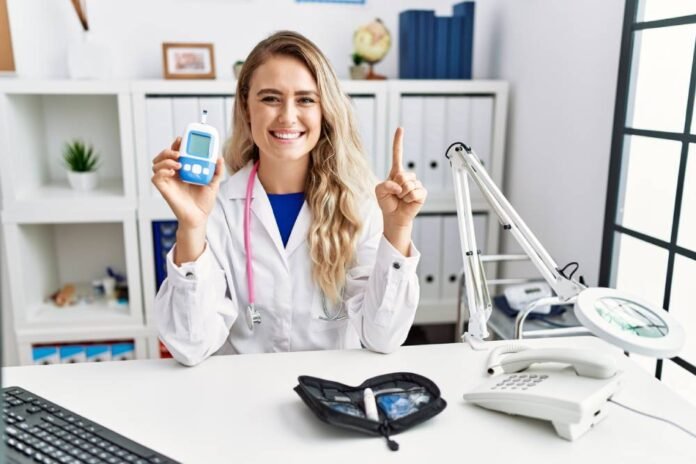 The disease develops gradually and consists of the pancreas failing to produce enough insulin to maintain blood glucose levels. As a consequence of excess sugar, the blood vessels are affected and, with them, the vital organs.

How can you suspect diabetes? Specialists of the TV channel “Doctor” listed the main symptoms.

1. Visual impairment. Often at the initial stage of the disease there are problems with vision. The “image” becomes blurry. If type II diabetes is not treated in time, the risk of developing diabetic retinopathy increases, which threatens with a sharp decrease in the level of vision and even blindness.

2. Numbness of the extremities. An increase in blood glucose sometimes leads to damage to the nervous system – diabetic neuropathy – the fingers and toes of a person become numb, there are severe pains in the extremities. If you start treatment on time, the complication completely disappears.

3. Increased appetite. A constant feeling of hunger can also speak of diabetes II. This is because the level of insulin in the blood is constantly high, and the brain receives a signal that it is urgent to eat. It doesn’t matter if the person ate for a long time, if his stomach is full or not.

4. Frequent urination. The body tries to get rid of excess sugar in the blood by excreting it in the urine. Polyuria develops – a condition in which, instead of the usual 1-1.5 liters, the body produces up to 3 liters of urine per day.

5. Strong thirst. This symptom is related to the previous one: the body becomes dehydrated, there is a constant feeling of a dry mouth and a desire to drink.

6. You should also be alerted by such signs as: a sudden joint or weight loss, weakness, wounds that do not heal for a long time.

If you have at least one of these symptoms, you should contact an endocrinologist.

Many believe that if you eat a lot of sweets, you can develop diabetes. At the same time, there are people with diabetes who do not like it and do not eat a lot of sugar and jam.

The direct connection between type II diabetes and the amount of sugar consumed is a myth, but the risk of the disease increases significantly in overweight and obese people, says the president of the Russian Diabetes Association, Head of Prediction and Innovation of the Diabetes. Department of the Institute of Diabetes of the National Research Center of Endocrinology of the Ministry of Health of Russia, Doctor of Medical Sciences Alexander Mayorov.

“Why did the myth of sugar arise? If people eat a lot of sweets, then there is a high probability that they are overweight or obese, and with this they will already have type II diabetes. However, if a person does not eat sweets, but, for example, bread and sausages, then he will gain weight in the same way and have the same chance of getting diabetes,” Mayorov said in an interview with RIA Novosti.

At the same time, if a skinny person eats a lot of sugar, their chances of getting diabetes are no higher than those of people who eat well.

Therefore, it is possible to prevent the development of diabetes (and in the pre-diabetes stage, when the blood sugar level is already elevated, but not yet reaching diabetes levels, and to completely reverse the disease) is only possible through through weight loss, that is, observing proper nutrition with moderate physical activity, – noted Dr. Mayorov.