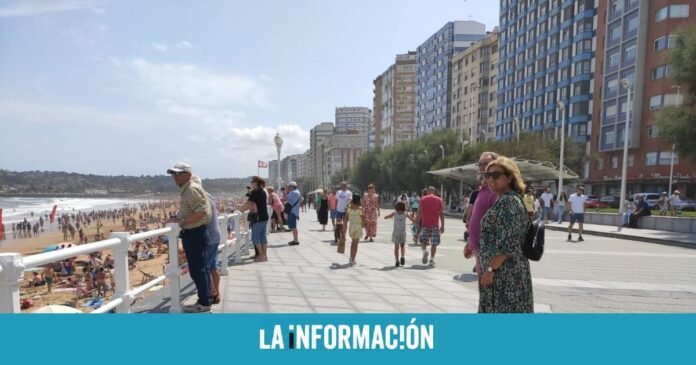 In view of the energy crisis caused by the Russian invasion of Ukraine and the inflationary pressure on gas prices, the purchase of second homes in Spain has skyrocketed, particularly by foreigners from cold countries seeking the warmth of the Spanish coasts. When analyzing the data from January to September 2021 and 2022, the annual increase in this type of operation has been 58.6%.

According to a report prepared by the research service of the proptech Sonneil Homes, between July and September 2022, purchases of second homes made by clients of different nationalities shot up 22.5% compared to the same period in 2021. Thus, 35.7% of the total purchases of second homes in national territory correspond to operations that have been carried out by the British, French, Russian, German, Dutch, Nordic and Belgian.

Although the foreigners who have been leading the ranking for years have already been the British, this year their purchases have only represented 9.3% of the total. Since the Brexit referendum, the weight of British clients in the Spanish real estate market has been deflating due to fluctuations in their currency, “the pound, which reached 1.40 against the euro, has dropped to 1.16 real” says Alfredo Millá, CEO of Sonneil.

In addition, it must also be taken into account that with the departure of Great Britain from the EU, the administrative processes became more complicated for the British. Even so, this is still the first nationality in apartment operations, although their investments are not as high as that of others, since their investments are concentrated in the purchase of those that are for resale and whose price is very low.

The most notable change has been among the Dutch. His interest in investing in a house in Spain has grown by 159%, data that can be understood in a context severely marked by the lack of natural gas -after the invasion of Ukraine- and the pronounced change in temperatures as a result of climate change. . The Spanish real estate market has also captured the attention of Poles and Ukrainians, who are looking for a country to settle in view of the non-remission of the war in Ukraine. These investors have increased their purchases, 0.72 and 0.26 percentage points in the year, respectively.

Record of operations in 2021

The purchase of a home in Spain by foreigners has been continuously suspected since 2009, both for work reasons and as an option to spend the holidays. With the epidemic, this flow was interrupted throughout Europe, however, entering the post-pandemic phase, the market took off again. In the last exercise this was very evident.

According to a study by Savills, the demand from international buyers already broke a record in 2021 with 102,990 homes, of which 43% had been purchased by foreigners not residing in Spain. “As usual, the buyer is the one who bought the most homes in 2021, followed by Germans and French, all of them buyers of vacation homes or those intended for British retirement,” the consultant points out.

Alfredo Millá adds that “despite the bad omens of the summer regarding the economic evolution, the volume of purchases continues to grow” and his perception is that the launch of new promotions on the coast continues on its way as before, “or even better “, as a result of the end of uncertainty after the Covid pandemic.

A market of European investors on the brink of retirement

If we take current European demographic patterns into account, the path of foreign demand is quite promising, with a large part of the population one step away from retirement. It is expected that between 2026 and 2030 second homes in Spain will skyrocket. Although the coast has always been the preferred option among foreigners, the general increase in heating bills in European countries has served as a boost for areas such as Alicante, Santa Cruz de Tenerife and Malaga.

This 2022, nearly 74% more houses in Alicante have been sold to non-national customers than in the same period of 2021. Valencia also stands out, with year-on-year growth of 60%, and Malaga, with 51% more sales to foreign. Costa Blanca maintains its traditional leadership: 42.8% of home buyers on the Alicante coast in the third quarter came from outside Spain. In Santa Cruz de Tenerife it was 40.5% and in Malaga 34%.

This underlines the strength of sunny and beach destinations for foreign buyers looking for a second home. On the contrary, during the summer months the coastal destinations that provided such good data during the rest of the year fell. This is particularly the case of the Balearic Islands and Las Palmas whose sales to foreigners fell by approximately 11% and 12%.

The climate, the relaxed lifestyle of the Spanish and the magnificent versatility of the Mediterranean diet are not the only reasons why foreigners choose Spain as a vacation spot or to settle after retirement. According to experts, Spain has other important factors that serve as a magnet for demand, such as high tourism competitiveness and the perception of security in the country. In addition, the country has spent years striving to create an attractive regulatory and tax environment, always protecting the interests of the local population, promoting adequate housing policies.