HomeLatest NewsSunak promises to cut inflation in the UK by half amid chaos...
Latest News 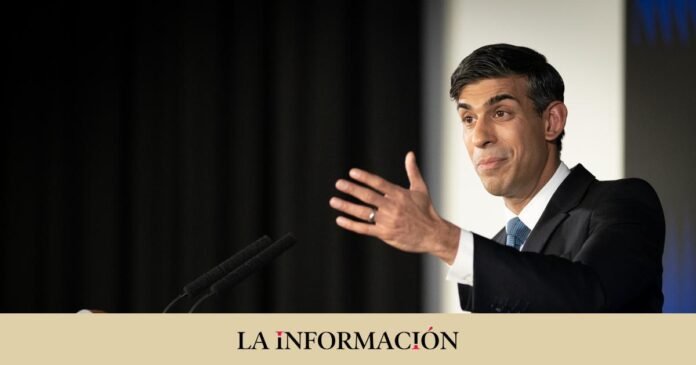 In the midst of the numerous strikes that are paralyzing the United Kingdom, British Prime Minister Rishi Sunak promised this Wednesday to cut inflation in half, grow the economy and introduce new legislation to stop the arrival of undocumented migrants by boat for por English Channel, among the “priorities” of his Government to achieve a “better future”.

The United Kingdom has been affected by strikes to demand wage increases and they are accumulating in the health, transport, storage, postal, security sectors, among others. To which the prime minister, after weeks without an answer, spoke out giving a speech in London. Sunak declared that “it is necessary to change the way the country works, which requires a change of mentality.” Specifically, the leader decided to make five promises. “Today I want to make five promises. Five foundations on which to build a better future for our children and grandchildren,” he said.

Thus, he indicates his intention to drop the country’s debt to guarantee the future of public services, reduce waiting lists in the health system so that people receive health care more quickly and “approve laws that allow the arrival of boats with migrants on board to make sure you’re detained and deported if you try to get into this country illegally,” the Tory leader urged.

In relation to inflation, which stands at 10.7%, its highest level in the last forty years, Sunak said that his government “will halve inflation this year in order to soften the cost of living and give citizens financial security”. Although, the prime minister has continuously positioned himself against the salary increase, because, according to him, it is unaffordable.

“We will grow the economy, creating better-paid jobs and opportunities throughout the country,” he explained, while saying that he wants the national economy to be “the most innovative in the world” and that “the more the country innovates,” the “more will grow”. The head of the Government also pointed out that his Executive will ensure that the national debt “lowers so that the future of public services can be ensured.” “NHS waiting lists will fall and citizens will receive the medical care they need more quickly,” he added.

On the other hand, Sunak anticipated that his government “will approve new laws that will stop the entry of small boats (through the English Channel) to ensure that if someone comes to this country illegally, they are detained and deported quickly.” “. “Those will be the priorities of the people. They are the priorities of this government,” he stressed. “We will only rebuild trust in politics through action. So I ask you to judge us based on our efforts and the results we get.”

Sunak was involved in these objectives “in a different and better way in the long term,” he assured. In addition, he promised that “as soon as possible, the Government will reduce the tax burden on workers.”

However, regarding the demands in the sectors on strike, mainly the salary increase, they have been dragging on since Boris Johnson held the post of prime minister, but, with the arrival of the Christmas dates, the demands of the workers have been accumulating. and have paralyzed part of the UK. Downing Street’s response has shown its intention to end strikes in the most key sectors, and establish minimum services that prevent health centers and transport services from closing.

Sunak refused at the end of December to renegotiate the salary increase in the nursing sector at the request of the health workers to increase the salary by 19%. In fact, he warned that the stoppages could last for months due to the situation in the health sector and asked the population to “prepare” for a long period of strikes.

For its part, the railway sector refused to accept Network Rail’s offer to achieve a 5% salary increase and another from Rail Delivery Group for two years, considering them insufficient. And, with respect to security agents, customs, baggage and Eurostat staff, they have joined the 48-hour strikes in December, as have postal staff.

Despite this chaos that blocks the United Kingdom in many environments and forces its citizens to have a ‘strike calendar’ to find out what services are not available, the London stock market has remained in green numbers with a rise of 0.41% this Wednesday.