HomeLatest News"Surprisingly, everything coincided": the wife and son of Alexei Balabanov summed up...
Latest News

“Surprisingly, everything coincided”: the wife and son of Alexei Balabanov summed up the year KXan 36 Daily News 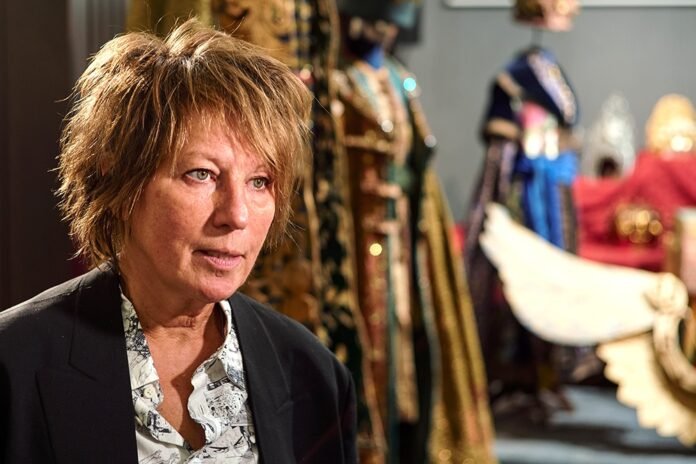 In the outgoing year, the famous painting by Alexei Balabanov “Brother” celebrated its 25th anniversary. The re-release of the films “Brother” and “Brother-2” brought excellent results – the audience again saw the film in theaters. An exhibition dedicated to Balabanov was organized in the exhibition space “Sevkabelport” in St. Petersburg. The documentary by Lyubov Arkus “Balabanov. Belfry. Requiem” was released, which many critics, including the author of these lines, called the best Russian documentary of the year. Finally, a new “Balabanov-Fest” was held in St. Petersburg. The film director’s wife and son talked about these and his personal achievements for 2022.

“This year, everything coincided in an amazing way. The curator wanted to do the exhibition even before the pandemic. I was skeptical about this and did not believe that everything would take place. Petr was immediately fired up and started working with the organizers For many years I did not approach the archives at all, but Petya convinced me. And so it happened. I came to the exhibition alone, on the sly, and was surprised to see its scale. I still don’t think that everything was successful.

This year I made a monument. I thought for a long time what to do so that Alyosha would like it. I went to Pskov and there I found ancient crosses. That’s how it came to me.

And Lyuba Arkus filmed the film for 9 years, and only this year it was released. Everything somehow coincided, she met. And they all came together! Balabanov’s readings and retrospective also surprised me. The room was full, all the questions were asked. The security guards even kicked us out, because the cinema was closing, and then we stood on the street and continued to talk to the audience. Everything was amazing for me.

This year has been very busy for me. I don’t remember working on two films at once, and also on fairy tales. It’s good that we have two artists in the project, we were able to go on an expedition. First, the fairy tale “Flying Ship” was released, where Vodyanoy is sad that no one communicates with him, except for frogs (laughs). Next, “the pike swam” – “At the command of the pike.” If we take into account that before that there was a fairy tale about the Little Humpbacked Horse, then one can imagine how difficult it was to come up with different artistic solutions for the heroes of Russian fairy tales so that they were not the same. Everywhere there are kings, princesses, villains, Ivan-Emelya. On the “Humpbacked Horse” India helped with its fabrics with gold, velvets and embroidery. The motto then was – “Russian Lubok”. All kinds of mermaids and mermaids, wolves, foxes, other animals and characters.

In the fairy tale “Flying Ship” they decided to make the Dymkovo toy the motto. We went on a trip and… ended up in Shuya City, at the chintz factory. So we decided to create a chintz fairy tale. Production designer Sergei Fevralev was sitting in our kitchen one day, looking at the tiles inserted into the tiles, and decided to build the entire decoration from the tiles. Cretonnes with ruffles and flounces were very combined with tiles. About five hundred chintz suits were sewn. When the factory finished, we went on to print our own copies. Each character has its own drawing. The palace turned out to be marshmallow-pink, the city – everything in a bright flower, and the costumes of the guests, for example, in beetles and other mammals.

There was also a port. There, fishermen, fishermen and sailors dress in vests, the fringes of which consist of … fish. “The Flying Ship” is a very bright fairy tale, and “By the Pike’s Command” is tender, pastel, all lace. They took the old lace as a basis and printed it with their ornament and fabric weave. The pike costume consisted of a large number of scales printed on a 3D printer. On the “Flying Ship” the impression was clear, conspicuous, an urban fairy tale. And “Pike” – rustic, with a half-erased, aged print. Both stories should come out on New Year’s Eve. But next. I also wrote a book on costumes. Funny. I think the book will be out in the summer. Now the layout is being done by Arina Zhuravleva from Seance magazine and Anya Izakar from Word Order is editing.

“This year I had the premiere of the film” Mittelmarch “directed by Sonya Meledina. This is the debut of the Rock studio, producer Alexei Uchitel. Estimates for debuts are slim. The main decoration is an old greenhouse, long abandoned : the father of the dead protagonist in it It was necessary to shoot a flashback with destruction, and a fire, and put it out with water, and a youth disco, and the love of two young heroes… Everything is in it Construction of the scenario turned out to be very expensive. I had to look for a suitable space. Which pleased both me and the director. It was an old factory in Sestroretsk – huge, with two floors. To turn it into a greenhouse, even an old one, it was necessary to solve the problem of money again. The solution had to be invented. The need to invent is cunning. The story itself was connected with the protection of architectural monuments, and I decided to show all the places, and the city my sma, through spare part. and streets with construction sites, houses in the woods covered with nets, walls painted with graffiti. And the entire greenhouse was wrapped in mesh and polyethylene. We paint graffiti walls with friends, we combine classics with disco. Moss was brought in, the floor was laid, broken pieces of strange sculptures were cast, a palm tree was placed, an interesting water distribution was welded, smashed greenhouses were built from old bathtubs and carts. It got out somehow. It’s not embarrassing on screen.

I also wrote the script for a short film. I hope to take it off sometime. Try…”

Share
Facebook
Twitter
Pinterest
WhatsApp
Previous article
Is Spain the country most affected in Europe by the rise in the Euribor?
Next article
Makhachev and Emelyanenko. The main victories and disappointments of the past year in domestic MMA