HomeLatest NewsTaking the pulse to 2023: the approach to investing after the end...
Latest News

Taking the pulse to 2023: the approach to investing after the end of the era of easy money 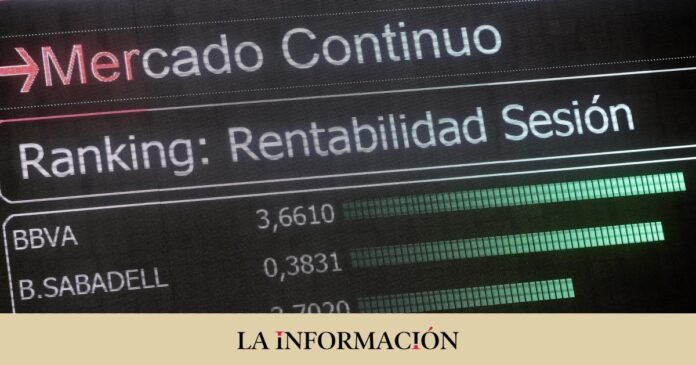 The macroeconomic environment on which global financial markets have been based for the past 25 years is changing, with potentially profound implications for the way investors need to think about asset valuations and market structures. In fact, this reshaping of the macro landscape is likely to call into question many long-held investment assumptions, some experts say.

Nowhere is this more true than around world inflation and interest rates. The so-called “easy money” era, a decades-long period marked by record-low inflation and ultra-accommodative monetary policy, appears to be over.

“Structural global inflation is the basis of our ‘regime change’ thesis,” John Butler, a macro strategist at Wellington Management, and Amar Reganti, a fixed income strategist at the same firm, point out in a detailed analysis. “In fact, we have remained firm in that conviction for more than a year, even when the consensus of the market and of the central banks suggested that the resurgence of inflation was merely ‘transitory'”, they deepen.

Their 2021 study concluded that, looking ahead, inflation was likely to be stubbornly higher and significantly more volatile than anticipated. Some of the catalysts for the low and stable inflation they were used to – though not all – are now more or less in retreat. Specifically, as experts point out, we are witnessing a shift towards less globalization, more regionalization, and a new set of policy goals (including decarbonization) that constrained more activist tax policy.

Policies that, in their opinion, are more likely to generate higher inflation than stronger trend growth. That is why, broadly speaking, the macro environment from now on is likely to be somewhat reminiscent of the one in which the capital markets operated before 1995 (and not after). “A surprising feature of much of the last 25 years is how moderate macroeconomic volatility has generally been, both in terms of GDP growth and inflation, despite some major recessions along the way,” the experts at the American manager.

“We believe that we are returning to a world in which GDP growth and inflation are going to be more volatile, similar to what we experienced from the mid-1960s to the late 1980s,” they comment. During that period, economic and business cycles tended to be more frequent and pronounced.

The new reality for asset allocation

So what does all this mean for asset managers? Given that macroeconomic regime change is still in its early stages, a precise answer is not realistic at this time. In addition, increased cyclicality will translate into a greater need for fund managers for strategic flexibility, which means that the response may be different at each stage of a cycle. Against this background, Butler and Reganti have identified their five main pillars in the investment process.

There would be less “concentration” and more dispersion within asset classes: ample market liquidity will no longer float all boats, so to speak. And deglobalization structurally broke the cost base of companies. According to the Wellington experts, there will be more obvious winners and losers: “Greater differentiation between companies that can quickly identify and adjust to change, control their costs and exert their pricing power, versus those that cannot.”

Also, there could be more variation between countries and a “decoupling” of countries: some countries will rely on fiscal policy tools, rather than monetary policy, to address the economic and other challenges they face. But, in the opinion of the experts, to a large extent, these are decisions of a political nature: “Different governments will make different decisions, depending on many factors, among which the situation of the country in its electoral cycle stands out. We think these country-specific nuances will be very important.”

In his view, there will also be no negative historical damage between bonds and equities. “There will be long periods in which growth and inflation move in different directions, as happened during the 60s, 70s and 80s,” exponent.

And, finally, agility and liquidity would be valued more. “Lower market liquidity and increased macroeconomic volatility may make the investment landscape more complex and fluid, that is, more difficult to navigate,” they argue. “The implication here is that there will probably be greater value (and potential benefit) in being more agile and liquid with asset protection, since investor retention periods would need to be shorter in many cases,” they conclude.

Share
Facebook
Twitter
Pinterest
WhatsApp
Previous article
On the set of The Silence of the Lambs, everyone was terrified of Anthony Hopkins. And he was terribly amused!
Next article
What fashionable dishes can be ordered on the New Year’s table – Rossiyskaya Gazeta