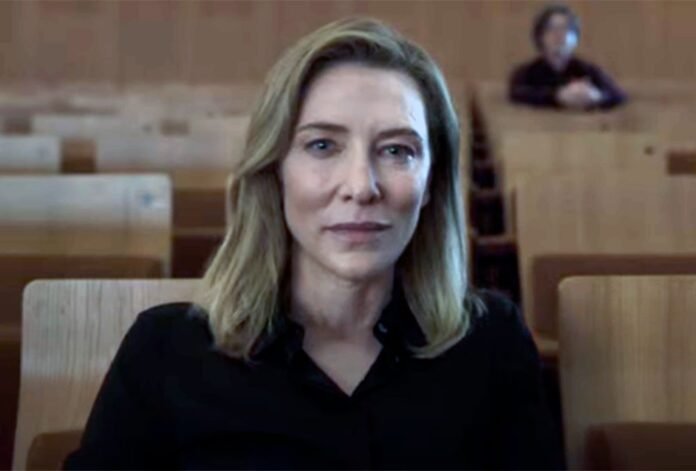 The film of the same name with the master, however, paints the picture in the reverse order. We have long been shown a rather unpleasant lady, though not without interest: here she is giving an interview, outwardly friendly, but with ill-concealed arrogance. Here she is seriously threatening physical violence to the child, the delinquent of her daughter. Here she nervously humiliates a Zoomer student who is dissatisfied with Bach. And only an hour later, when Tar arrives at the console, when the camera slavishly captures her from the bottom up, when she subdues Mahler’s Fifth Symphony, it will become clear: indeed, the magnitude.

This, however, is not even the middle of the story. Filmmaker and screenwriter Todd Field will put many more layers on the opposition between the personal and the creative: from the obsessive-compulsive disorder and Lydia’s complex relationship with numerous protégés, to vague nightmares and the “cancel culture”, whose stones of Tar mill (despite all its demonstrative progressiveness) is by no means avoided. From the terms a psychological drama is formed. Although critics liked the film, obviously, not only for belonging to a venerable genre, but for the fact that his drama seems “as before”, not so much entertainment as food for thought.

Field, who starred in Kubrick, now seems to be trying to be Kubrick himself or, at worst, Haneke. Instead of calmly telling a story, he endlessly saturates it with thought-provoking information and really has your attention. Some plot-critical details are not shown at all, but only spoken; I’m not surprised to hear Some—for example, a collection of magazine reviews (which Tar supposedly doesn’t read the reviews and maniacally collects) and the linguistic gag “Tar-Rat”—are shown briefly; no wonder overlooked. And you can’t miss it, because the construction of the film depends heavily on the little things.

The latter, of course, poses a certain challenge for the viewer: we are used to modern “A” class cinema leading us by the hand from one point to another, kindly placing accents and highlighting nuances. “Tar”, on the contrary, carefully keeps his distance and offers to draw conclusions for himself. The same applies to emotions, never fully revealed. The masterfully written dialogue ends in the middle of the sentence. The most beautiful moments (what kind of camerawork is here!) mercilessly cut through editing. And even Lydia constantly stops her orchestra with an imperious wave of her hand, preventing the musicians from actually playing, such a rhyme with the protagonist’s obsession with total control.

And yes, about the main thing – about the most powerful and widely advertised game of Cate Blanchett. Those who call the role of Tar the best in an artist’s career, perhaps, are not false at all. He did a titanic job, managing to portray an utter despot, a cunning sociopath, a lost and unlucky person and, not least, an equally impressive genius. “Oscar”, of course, is guaranteed and fully deserved. He can be sure right now, just be prepared for the aloof and somewhat snobbish tone of this undeniably remarkable image.