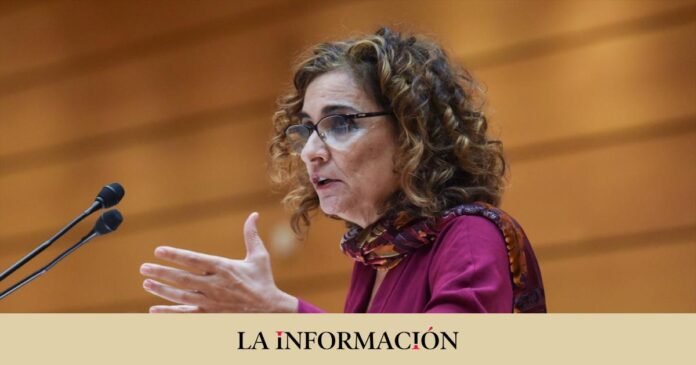 The new extraordinary taxes on energy companies, financial institutions and large fortunes will come into force this Thursday after its publication yesterday in the Official State Gazette (BOE), so it will be possible to start taxing the 2022 financial year in 202 receipts.

The intention of the Treasury is for the collection of these taxes to take effect as early as 2023 — taking into account the income of 2022 — and also be entered in 2024. During this period, the Government will evaluate whether or not to maintain them.

Before the Cortes Generales gave the ‘green light’ to the bill registered by PSOE and Unidas Podemos, the rule underwent different modifications in its processing. One of the main changes occurred around banking, which will be taxed in Spain.

With regard to energy, 1.2% will be taxed on the amount of the turnover of companies in the energy sector that invoiced more than 1,000 million in 2019, it should be remembered that finally, the income derived from the tax has been excluded from the invoicing of regulated activities.

In this way, the tax will not affect those revenues where the supply has a regulated price, as is the case of the PVPC for electricity, the rate of last resort (TUR) for gas, bottled LPG and piped LPG.

In addition, in its passage through the Congress of Deputies, regulated income from the transmission and distribution networks of electricity and natural gas was closed in the exemption and, in the case of generation with regulated remuneration and additional remuneration in non-peninsular territories, all income from the facilities, including those received from the market and the economic dispatch, respectively.

What about the great fortunes?

At the same time, another transactional amendment was introduced so that the tax is applied only to the activity that companies in the sector carry out in Spain. In the case of the tax on large fortunes, it is intended to tax those assets greater than three million euros so that they cannot be exempted by the bonuses of regional governments.

The norm published in the BOE yesterday Wednesday includes the modification of various tax regulations. Thus, in the first place, Law 29/1987, of December 18, on Inheritance and Donations Tax, is amended to incorporate the Autonomous Community of La Rioja among those that have established the mandatory self-assessment system in said tax.

On the other hand, Law 19/1991, of June 6, on Wealth Tax, is also subject to modification, to enable the power to tax the shareholdings in non-resident entities with underlying real estate assets located in Spain, thus correcting unjustified discrimination with respect to the resident.

In turn, Law 19/1994, of July 6, amending the Economic and Fiscal Regime of the Canary Islands, in relation to the rates applicable to entities in the Canary Islands Special Zone, is amended. To this end, the taxable event and configuration of the rate are replaced, redirecting it to the request for authorization, regardless of the result of the procedure. In addition, the import authorization fee is increased.

Finally, Law 27/2014, of November 27, on Corporation Tax, is amended to incorporate a temporary measure in determining the tax base in the tax consolidation regime; increase the limits of the deduction for investments in Spanish and foreign film productions and audiovisual series, and allow the application of the deduction by the taxpayer who finances the production costs of Spanish feature film and audio productions specta cortáajes cinema, en vivo de artes scenic and musical.

Share
Facebook
Twitter
Pinterest
WhatsApp
Previous article
Ukraine betrayed itself in the night. and you won’t be able to stop
Next article
Video: Mariupol Museum of Local Lore employees continue to dig up fragments of their collection from the ashes KXan 36 Daily News