Technology gives impetus to young entrepreneurs under 25 years of age 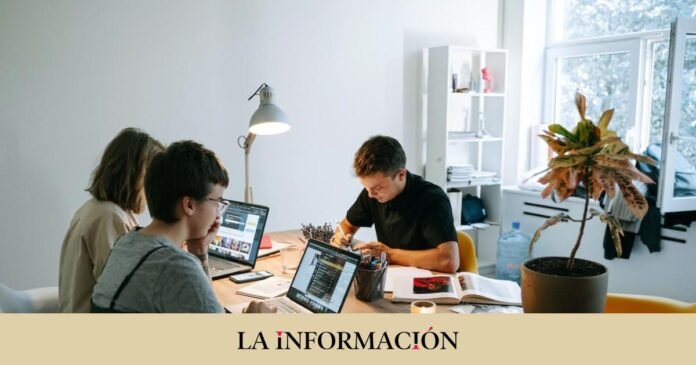 This Tuesday the employment figures for the last month of 2022 were released. The data for the self-employed is not positive. The number of registered in the Special Regime for Self-Employed Workers (RETA) has fallen for the second consecutive year. More than three million people were self-employed in Spain at the end of the year, which represents a decrease of 1,200 people compared to 2021 and 54,500 less than in 2020. However, a striking exception is observed in the analysis of the tranches of age. There are 674 more self-employed than in 2021, aged between 20 and 24, and this distance widens to more than 4,000 in comparison with data from 2020 and previous years.

In addition, this phenomenon can be seen in both men and women, despite the fact that the former double the total autonomy in this age group. The sum of 62,687 self-employed workers with that age is close to the maximum registered in 2014, however, it does not reach it. On the other hand, young people between the ages of 16 and 19 mark a historical figure in December with 7,980 self-employed, a maximum never before reached, after adding 577 registrations in 2022. This figure also has an important masculine weight, since the cachico represents 70 % of all self-employed workers in this age group.

The president of the Confederation of Young Entrepreneurs and vice president of the Association of Self-Employed Workers (ATA), Fermín Abadejo, considers it important to highlight this result, compared to the data for the following age groups, which have not been so positive and link these numbers to the success of the entrepreneurship of the youngest in the creation of startups. “It is true that more and more companies are destroyed, but we have good data regarding Spanish startups,” he said in statements to La Información. “We are in a moment of consolidation for these companies, since they reach 3.5 years of media life and seven out of ten startups are creating profit.” Some data that Haddock values ​​as very positive and that accompany the 1,250 new registrations of the youngest in the last year.

However, from the Union of Professionals and Self-Employed Workers (UPTA) they are concerned because this increase is directly linked to the hiring of false self-employed workers, a tortious use of the mechanism that in many cases convinces young people that they benefit from the Flat contribution rate when realizing registration as new self-employed. The president of the association of self-employed workers, Eduardo Abad, points out that only the sector linked to a technological base creates real economic activity for the youngest self-employed, since they have the skills to develop these jobs.

“It is only a small percentage of the exponential increase that is taking place in the RETA affiliation data in this age group,” says Abad. “If we look at the data, the registrations in the sectors linked to the commercialization of products or to providing services for other companies rise. It is a perverse relationship, the hiring of false self-employed persons increases exponentially and, consequently, the youngest self-employed persons.” From UPTA they have observed how more and more people are registering in the RETA and in practice they have the conditions of an employee, since they work for a single company.

“It is not that there is a ‘boom’ for which people between the ages of 20 and 24 are starting businesses,” Abad, since the usual younger people do not have the necessary professional experience to develop a traditional business. For this reason, he considers very significant the fact that, according to his records, the majority of discharges of these ages are taking place among liberal health, teaching or journalism professionals through the figure of collaborators. freelancing. “We are seeing how many young people register as false self-employed as a way to access the labor market, while companies lower costs,” he denounces.

On the other hand, from UPTA they value that some technological sectors are fulfilling the expectation of creating young employment. Especially those more related to the provision of a very direct service to a large company and those that require a technical qualification of the professional branches that offer vocational training degrees. In addition, they value that in this area the youngest have a competitive advantage compared to other entrepreneurs, given that despite the fact that they do not have specific aid beyond the flat rate that will be maintained with the new contribution reform, they have with greater experience and knowledge of new technologies.

Share
Facebook
Twitter
Pinterest
WhatsApp
Previous article
“Mental quarantine”: Lithuanian authorities break all possible records for Russophobia
Next article
In Melitopol, a citizen who handed over information about the Russian army to the special services of Ukraine KXan 36 Daily News was detained