Telefónica accelerates its sustainable commitment after investing more than 15,000 million 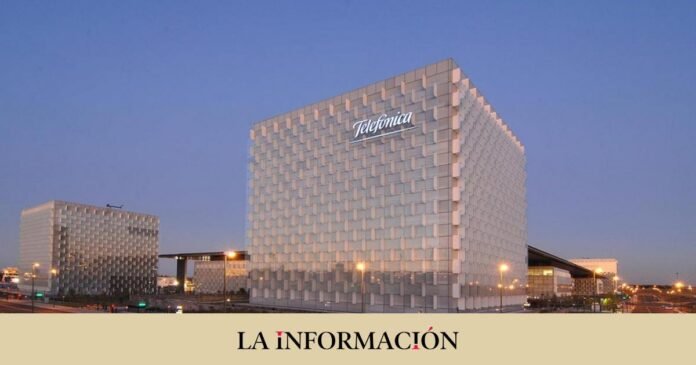 The Telefónica company will accelerate its commitment to the UN Sustainable Development Goals (SDG) in 2023 after having been the protagonist of the first issues of green and sustainable bonds and hybrids in the telecommunications sector since 2019 after having passed 15,000 million euros, including sustainable financing lines. In this way, within its sustainable financing verified by Sustainalytics, at the beginning of the previous year the operator completed the refinancing of its largest syndicated line of 5,500 million, linked to two sustainability objectives, one environmental and the other social, companina explained to EFE.

In May 2022, Telefónica successfully issued its first sustainable senior import bond of 1,000 million euros and a term of 9 years. 5G.

The use and improvement of broadband connectivity in rural areas will also be accelerated with the aim of promoting inclusive connectivity, on the one hand, and stimulating entrepreneurship and job creation, on the other. With this operation, Telefónica managed to exceed its objective of 10,000 million euros in financing under sustainability criteria in advance, and defined as a new milestone that 25% of its financing until 2024 responds to sustainability criteria.

Just two months ago, Telefónica reopened the European market for corporate hybrids, closed since mid-September, with the issuance of a 6-year green hybrid import bond of 750 million euros. These sustainable funds are intended to finance green projects such as improving the energy efficiency of its network, the use of new technologies such as 5G, or those that improve broadband connectivity in rural or unconnected areas by favoring social progress that It already contributes to reducing the so-called digital divide through more accessible technology and education in digital skills.

In addition, as shown by the international, they also fit with the objective of helping their clients to avoid the emission of more than 50 million tons of carbon dioxide (CO2) emissions between 2020 and 2025 thanks to digital solutions and reaching zero waste by 2030. The uses of fiber optics and 5G infrastructure as part of the transformation of networks, together with plans to extend renewable energy, are decisive in achieving these objectives. Optical fiber happens to be 85% more efficient in terms of energy than copper, and 5G consumption, per unit of traffic, up to 90% less than 4G.

Advancing in its objective of reinforcing the decarbonization commitments throughout its value chain by 2040 and supporting future decision-making processes that will allow it to continue ending its greenhouse gas emissions, the operator has been the first telco in the world to obtain the Validation of the Science Based Targets (SBTi) initiative of its net zero environmental objectives, both in the short, medium and long term.

In fact, in six years, the company has reduced all its emissions by more than 40% (70% for Scopes 1+2 since 2015, and 27% for Scope 3 since 2016). To guarantee compliance with the emission reduction targets, Telefónica has integrated them into its governance model through its Climate Action Plan, in which it defines how its existing assets, operations and business model are aligned with scientific climate recommendations. more ambitious. On its path to Net Zero, it considers that it is essential to continue optimizing its internal processes, collaborate with suppliers and promote the circular economy, help decarbonize the activity of its customers, align environmental and financial sustainability, be transparent and involve everyone.

Telefónica has a network powered by renewable sources which, thanks to the implementation of efficiency projects, has managed to reduce energy consumption by 7.2% since 2015 despite the fact that traffic managed since then has decreased by 6.7 times. In 2022, the company consumed 100% renewable electricity in its main markets, as well as in Peru and Chile, and it will do so throughout Latin America in 2030.