HomeLatest NewsTelefónica completes the sale of 45% of its rural fiber network for...
Latest News

Telefónica completes the sale of 45% of its rural fiber network for 1,021 million 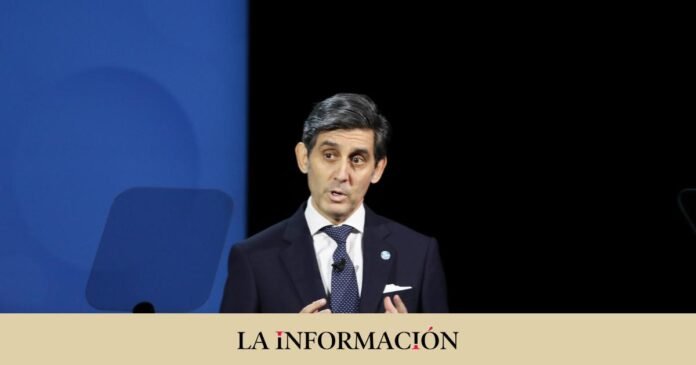 Telefónica has completed the sale of 45% of Bluevía Fibra, its rural fiber company in Spain, to the consortium formed by Vauban Infrastructure Partners and Crédit Agricole Assurance (CCA) for an import of 1,021 million euros, representing a multiple of 27 .1 times the pro forma Oibda of the company. Bluevia thus begins to operate with a footprint of 3.9 million homes and the goal of reaching five million real estate units by the end of 2024, as the operator has notified the National Securities Market Commission (CNMV) and collects Europe Press.

The CEO of Bluevia, Luis Rivera, has assured that the new company will speed up the uses beyond the big cities. Telefónica will participate in the company through Telefónica España and Telefónica Infra. The operation values ​​Bluevía at 2,500 million euros and completes the map of Telefónica Infra’s fiber vehicles in its strategic markets after the agreements reached in Germany (Allianz), Brazil (CDPQ) and the United Kingdom (Infravía).

The sale of its rural fiber network is completed

Earlier this month, the company led by José María Álvarez-Pallete held a two-day board meeting in which the company’s highest governing body reaffirmed its focus on innovation and growth for the coming year. In a more thoughtful tone than usual for the duration of the meeting, the firm’s directors have addressed some of the trends in the sector such as smart networks, according to sources familiar with the meeting confirmed to Europa Press at the time.

The group faces a 2023 marked by the consolidation of the Spanish market with the merger of Orange Spain and MásMóvil and in which the operator will have to continue weathering inflation that, despite subsiding, will continue to be present in its main markets.

Likewise, the company continues with its intention to occupy a predominant role in the new fields that are opening up in the digital world, such as the popularization of 5G and the development of applications on this technology. Another of the debates in which the Spanish company aspires to have a leading role is the so-called ‘fair contribution’, which is how technology giants pay telecommunications companies for the use of the network.

This historic demand from the sector has gained acceptance in Brussels and, in fact, the European Commissioner for the Internal Market and Services, Thierry Breton, included it among his priorities for next year this week in a video posted on his social networks.