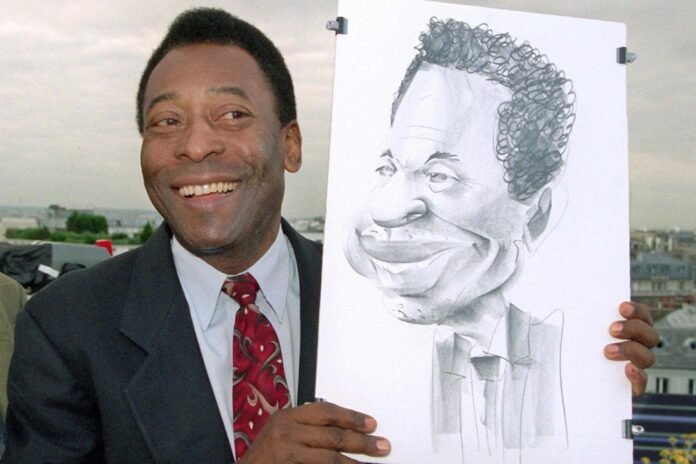 1. Why Pele? The full name of the great Brazilian is Edson Arantes do Nascimento. The “King of Soccer” once admitted that one of his classmates gave him the nickname Pelé, and he didn’t like it very much. Pelé was so angry then that he hit his friend. For this crime, the future three-time world champion was expelled from school for two days.

2. Pelé was forced to miss his first children’s tournament. His family simply did not have money for boots, and in the yard he played with a homemade ball. Sometimes Pele and his friends used a tangerine as a ball.

3. In early childhood, Pele dreamed of becoming not a football player, but a pilot. His mother, unlike his father, was categorically against playing sports. Later, Pelé admitted that his mother did not watch any of his matches for fear that the rivals would injure his son.

4. Pelé found out about the call to the national team for his first world championship in 1958 on the radio when he was with his parents. The tournament in Sweden was a triumph for Brazil and for Pelé himself: the “yellow-greens” won the Cup for the first time in history, and Pelé, at the age of 17, became the youngest winner of this trophy.

5. Pelé tried to escape twice from the academy, “Santos”, home of his parents, in the city of Tres Coracoins, Minas Gerais. On both occasions, the young Pele collected things during the day and, under cover of night, tried to get past the guards, who stopped him twice. Pele himself later admitted that if he had managed to slip past the guards, he, most likely, would not have taken place as a football player.

6. Pelé was an extremely unsuccessful soccer forecaster. At one time, the Brazilian convinced everyone that by the year 2000 one of the African teams would win the World Cup, but to this day, none of the representatives of this continent have reached the final. Before the 2002 World Cup, Pelé predicted that the Brazilians would not leave the group, but that the Italians would face the French in the decisive match. As a result, France and Italy did not make the playoffs, while Brazil won the Cup for the fifth time.

7. Pele was loved around the world. During another friendly match of “Santos” in Colombia, the referee sent off Pelé. As a result, the home spectators rushed onto the field wanting to beat the referee. The fans took the referee off the pitch, insulting him with obscene words. The substitute referee intervened in the matter, who returned Pelé to the field, although by then the Brazilian had already showered and rested.

8. When Pele wrote his autobiographical book, many Brazilians began to learn to read and write specifically to read his memoirs. The country’s Ministry of Education presented Pelé with a commemorative gold medal. The legendary player considered that award as the greatest victory of his life.

9. Pelé had sleepwalking episodes as a child. He himself attributed it to his hyperactivity. One of Pele’s Santos teammates recounted how one night the Brazilian jumped out of bed in the middle of the night and yelled “Goal!” and he went to bed.

10. In the early 2000s, an unusual story happened to Pelé. They took him to Sao Paulo. The car stopped at a traffic light and was suddenly attacked by two armed robbers. The first pointed a gun at the driver and ordered him to open the window. Seeing who was inside, the attackers nodded in approval, apologized, and disappeared. “They couldn’t rob the hero,” Pele said later.