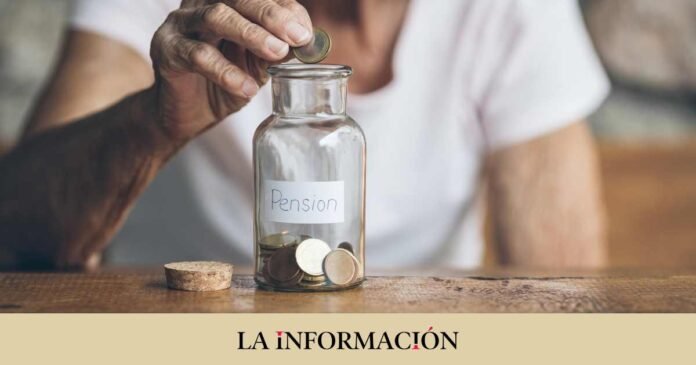 The negotiation of the second reform of the pensions of José Luis Escrivá is becoming more difficult than expected, although the Ministry of Inclusion, Social Security and Migration hopes to have it channeled at the start of next year. At the end of November, the minister’s cabinet presented its proposal to the unions and the employers’ association with which it is intended to extend the period of time to calculate the pension to the last 30 years of working life for 2038, being able to choose the best 28 . This remodeling of the system would also raise the maximum contribution bases by an additional 30% due to the increase in inflation between 2025 and 2050. However, these are issues that are still in the air, but that must be closed in order to comply with the requirements of the European Union (EU). For the moment, what does come with the start of the new year, agreement or not, is a change in the ordinary and early retirement age.

The legal retirement age has ordinarily been increasing year after year, experiencing a quite noticeable increase during the last decade. The transitory period began in 2013 and will end in 2027, at a rate of a delay of 2 months for each year elapsed since 2018 and one month for each year between 2013 and 2018, as described in Law 27/2011. Thus, in 2023, the legal ordinary retirement age will be 66 years and 4 months when less than 37 years and 9 months of contributions are accredited. On the other hand, in case of accumulating 37 years and 9 months or more of contribution period, the interested party may retire at 65 years of age.

At the end of this transitional period, the standard age to retire from the world of work will be 67 years in the case of those people who have contributed less than 38 years and 6 months, and 65 years if a contribution period of 38 years accumulates. and 6 months or more. A new calculation that has been viewed with some suspicion by workers, who fear that their income may be reduced when their time comes to retire as new reforms are approved. Until now, to calculate the pension, the last 25 years of contributions have been taken into account. Social Security makes the calculations with the different updated contribution bases and establishes the regulatory base that touches. If the age and years of contribution requirements are met, the pension will be 100% of that regulatory base.

Along the same lines, penalties for early retirement are made on the regulatory basis, depending on the months before retirement. That is why those who are missing 16 months or less, will be able to retire this 2022, and not lose money, as long as they meet the requirements to collect 100%. Well, by losing between 6.3 and 7.3% of the amount, they will be compensated with the historical rise in contributory pensions of 8.5%, expected after the latest CPI data. This situation has caused thousands of workers to rush to request it in order to worsen the increase in pay.

What will be the new early retirement age in 2023?

It seems that it is more and more difficult for workers to leave the labor market, although it is also true that the usual thing is to start work later than it was done if we look back some twenty years. This is because the advancement periods have the ordinary retirement age as a reference. In case of voluntary early retirement, it is possible to retire up to 2 years before the ordinary legal age. Instead, the anticipation period is extended up to 4 years before the ordinary legal age in the case of involuntary early retirement.

Extend the benefit of early withdrawal

Although early retirement is a possibility that all workers can request, many decide not to do so because it implies a reduction in their monthly pension payments. Since by regulation some reduction coefficients are applied that penalize those who wish to retire voluntarily, but whose agreement does not contemplate it. In this line, only eight groups have this possibility in Spain, they are: workers included in the Mining Statute, aerial work flight personnel, railway workers, artists, bullfighting professionals, firefighters at the administrative service of public organizations and organizations , the members of the Ertzaintza Corps and the Local Police.

For this reason, in recent years, mobilizations have been observed by other sectors that ask to be able to access retirement at age 60, without losing money. Among the groups that seem to have early retirement closer include forest firefighters, as well as the Mossos d’Esquadra. But the sanitary devices, truckers and transport drivers claim it. Also, recently, shellfish, barnacles and nets.