HomeLatest NewsThe 'Amazon effect' will drag down the fall in employment in the...
Latest News 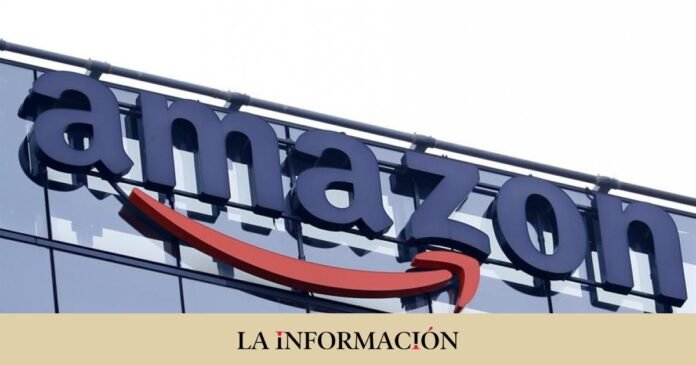 In September it was learned that the giant Amazon was suspending the construction of new logistics centers in Spain until 2024; Two months later, The Wall Street Journal reported the intention of the company founded by Jeff Bezos to lay off 10,000 of its workers worldwide this Friday, the CEO of Amazon and Andy Jasy, and 1% of its total workforce, although it still The exact figure is not known, some of these work and warehouses.

In early November last year, Amazon already announced that it would temporarily suspend hiring workers. “Man, we will have this pause for the next few months, and we will continue to monitor what we are seeing in the economy and in the business to make the necessary adjustments,” said a statement from the vice president of the People and Technology Experience section, Beth Galetti. . And this stoppage of the electronic commerce giant is already noticeable in Spain and it will do so even more during this month of January. Thus, the data for December 2022 confirm the stagnation of logistics employment in our country, with growth, despite the Christmas campaign, compared to November 2022, of only 0.14%. “And the data will collapse in January. Hiring will drop significantly,” according to the information from the sector. It is the ‘Amazon effect’, which drags the entire logistics sector.

“We don’t know how many workers it will affect in Spain,” says a union source about the layoffs at Amazon, “but it is clear that there will also be layoffs here. What is clear is that hiring has already stopped and has come to a complete halt in the last few months,” he adds. “We are very concerned. Difficult times are coming,” says this union source.

The company intends to contact the affected employees or, in the case of Europe, the workers’ representative bodies from January 18. It has not published the breakdown of those affected by country, but it is foreseeable that they are concentrated in the United States, its largest market and where the frightful number of corporate functions reside, although they will also affect all the countries in which the giant is established. Already in December, data from the Ministry of Inclusion, Social Security and Migration made clear the slowdown in employment in the logistics and transport sector. In said month, the number of people hired in the sector in Spain barely grew by 0.14% compared to the previous month, which confirmed the stagnant trend in logistics employment in previous months, when in the first half of the year new jobs in logistics they were growing at almost a double-digit percentage rate each month. One piece of data is devastating, according to official statistics, the purchasing, logistics and warehouse sector created 9% less employment in December 2022 than in the same month of 2021.

At the end of last year there were 1,009,316 Social Security affiliates in this sector, with a growth of 4.32% (41,884 more affiliates), compared to December 2021, but with a notable slowdown in recent months, since that the increase in affiliates probably occurred in the first six months of the year. Of the total number of affiliates in the logistics sector for the month of December, 799,274 belong to the general regime and another 210,042 to the self-employed. And it is that already in the month of November, the employment barometer of the Logistics Forum, made it clear that “during this November, employment has continued to grow in relation to the previous month, but with a minimum level of growth, stagnating the number of affiliated to social security in the million employed persons, according to data from the Ministry of Inclusion, Social Security and Migrations”.

Of the activities that make up the logistics sector, land transport represents 63% of all jobs in Spain and 632,735 workers. Air transport employs 39,437 people; storage and related activities, which account for 23% of total employment and is perhaps where the slowdown in the sector is most noticeable, employs 237,118 people; maritime transport to 1,325 and in the case of postal and mail activities in December there were 98,035 active workers, 0.36% less than in the previous month.

8.7% of total employment in our country. But from within the companies it is already noted that “given the close relationship of logistics with general economic activity, if all the forecasts point to a lower GDP growth in 2023, the same could happen with employment in logistics, so that the negative data can arrive at any time and they are already doing so ”, they assure.

In the Logistics Forum and its sector employment barometer, they are cautious, although it was shown that “the logistics sector has shown its resilience in crisis situations, but in an environment as complex as the current one, prudence is required and maintaining a close contact with the reality of the sector and the expectations of companies in terms of employment, which are the true engines of economic recovery”.