The bad habit of inflation and high rates: investing in a dark scenario 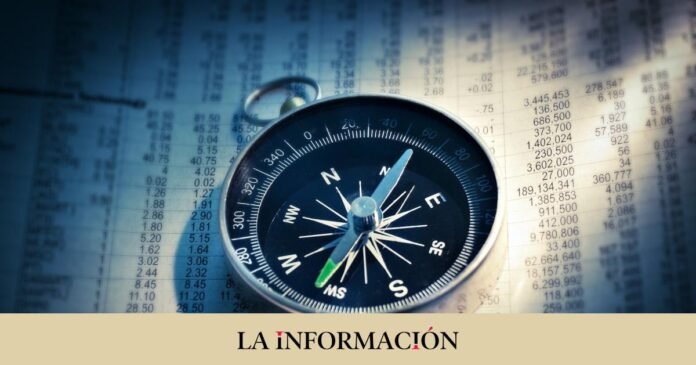 How long will inflation last? And how far will interest rates go? “These are complicated questions that depend on many variables, including investor psychology,” says Jared Franz, a US economist at Capital Group, who advocates scenario planning in periods of high uncertainty. “Central banks around the world are following different trajectories, leading us to weigh a range of outcomes rather than a single answer,” he adds.

Markets appear to be pricing in a soft landing, but this scenario may be overly optimistic. After the Federal Reserve announced its fourth consecutive 75 basis point hike in November, the bank’s president, Jerome Powell, warned that “the final level of interest rates will be higher than expected.” Although the central bank has moderated its approach with a 50-point hike in December, it has insisted that it will maintain rate hikes in 2023 and that rates could exceed 5%. “Rise in rates and persistent inflation could push the US economy into recession in 2023,” says Franz.

“Inflation is likely to have peaked, but could remain above the Fed’s 2% target by 20%.” According to Franz, in Europe, which may already have entered a recession, conditions could deteriorate further as a result of energy shortages and the ongoing war. As for China, Capital Group economists expect a sharp slowdown in growth before stimulus measures trigger a rebound in the second half of 2023.

There were few places to hide in 2022 the context finally forced a revaluation of fixed income and variable income assets. “From low to high inflation, and low to high interest rates, yields suffered as markets adjusted to the new paradigm,” said Chris Iggo, CIO Core Investments AXA IM and Chairman of the AXA IM Investment Institute.

However, as 2022 came to a close, the markets found a more stable footing. Fourth quarter (Q4) returns were significantly better than before, even if the outlook was cloudy, as it still is. Inflation is high and is only showing signs of moderation. “Central banks are not likely to stop raising rates until well into the new year,” Iggo says. “More importantly, we expect a recession on both sides of the Atlantic,” he elaborates.

In his opinion, the modest recovery in asset prices towards fines in 2022 should not be seen as a step towards reviewing the valuation peaks of recent years. “Equity price-earnings ratios are likely to remain below their highs and bond yields will never go near zero again,” he notes. “The kind of return on capital enjoyed by investors in the era of quantitative easing is unlikely to be repeated anytime soon,” he adds.

That’s why he believes the current environment calls for “more thoughtful investment strategies” that simply pursue earnings growth and “higher return” regardless of “valuations or credit risk.” In a recession, the flow of cash from corporate assets to investors is challenged.

Earnings growth slows as costs rise and revenues come under pressure. “In credit markets, cash flow plus cases means understanding how borrowers manage their debt liabilities,” Iggo says. “It looks like in early 2023, with macroeconomic uncertainty still relatively high, investors are likely to remain defensive. Volatility and continuous periods of losses should not be ruled out”, he concludes.