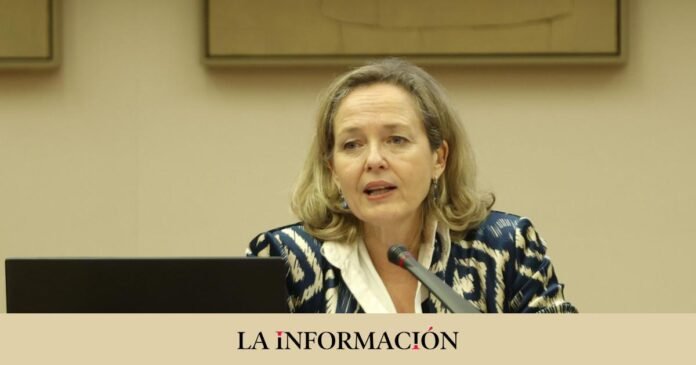 The safety net that the Government was looking for in the face of the unbridled escalation of the Euribor will be available to almost all those mortgaged in Spain considered vulnerable or at risk of being so. Financial entities have one month to adhere to the new Code of Good Practices before it comes into force on January 1, 2013, once the Royal Decree-Law has been published in the BOE. And, practically all the entities have not approved the term and have been adhering, after ratification by their boards of directors.

Only with the acceptance of the main banking groups, Banco Santander, BBVA, Banco Sabadell and Caixabank, these names have been added in recent weeks by other entities such as Evo Banco, ING, Bankinter (whose board of directors ratified it last week) and Openbank among others.

Likewise, in the last council of CECA, the associated entities, among which are included an extension of the Code of Good Practices in force as well as the new one, which will have a transitional regime with a duration of two years. The confirmation of the employer that brings together the savings banks and the banks created by them is vital since their market share in mortgage loans is 46%. In short, with these adhesions, probably 100% of customers with mortgages are reached.

Update of the Code of Good Practices

The escalation of the Euribor, which in the year has risen more than 730%, could put variable-rate mortgagees into problems, especially those who signed their loans when the reference index was negative and have a longer repayment term for in front. This led the employers of the financial entities that operate in Spain, AEB, CECA and Unacc, together with the Government of Pedro Sánchez to negotiate an update of the Code of Good Governance approved in 2012. Thus, the agreement against the clock that they reached with assistance in updating the previous Decree-Law, to which all financial entities (a total of 80) operating in Spain in 2012 have signed, to adapt it to the current context.

Financial institutions would have 15 days to abandon it, but maintaining it is mandatory. The measures that are contemplated is to apply a capital grace period of five years, a period in which debtors must only pay interest, the bank must also lower interest to Euribor -0.10% during those years and extend the term of the Mortgage up to a maximum of 40 years.

In order to access these measures, the family unit must be at the “exclusion threshold”. That is to say, that the joint income cannot exceed 25,200 euros per year; the percentage of the income destined to pay the installments must be greater than 50% and the mortgage charge must have risen by 50% during the last four years, either due to the increase in the price of the Euribor or due to any other circumstance. In the event that the mortgagor meets all the requirements, unless the mortgage burden rises by 50% or more, he or she could request a grace period of two years, reduce the interest applied during that period and extend the term of the mortgage. 7 years, without exceeding 40 years as a total term. According to the calculations established by the Executive, these measures could benefit up to 300,000 debtors.

The reform also includes measures for the middle classes who find themselves in a situation of vulnerability in the face of the escalation of the Euribor. In this case, family income cannot exceed 29,400 euros per year. For these cases, the mortgagee may choose between two measures. The first is to extend the term of the mortgage up to 7 years, but without exceeding 40 years in total, which would allow the installment to be lowered to the amount paid on June 1, 2022. In addition, I have the possibility of freezing it in the 12 subsequent months and reduce the interest charged during that period.

The second option is to transfer your mortgage from a variable rate to a fixed rate, but according to an interest set by the entity itself. In this case, it will not mean a reduction in the fee, but it will prevent bill fluctuations regardless of the evolution of the indicator. In both cases, the requirements are the same: that the mortgage burden is more than 30% and that it has increased by 20% in the last four years.

And it is that there is interest within the sector to help the mortgaged. The objective is that mortgage delinquency, which continues at a minimum, does not skyrocket. “We are strongly committed to supporting society and especially families with the greatest difficulties in the current situation. At BBVA we always work hand in hand with our clients to find personalized measures according to their needs and moments of life”, said the ‘country manager’ of BBVA in Spain, Peio Belausteguigoitia, in the adhesion statement.

The meaning of these words has been repeated by both the CEO of Banco Santander until December 31, José Antonio Álvarez, and the president of Caixabank, José Ignacio Goirigolzarri.