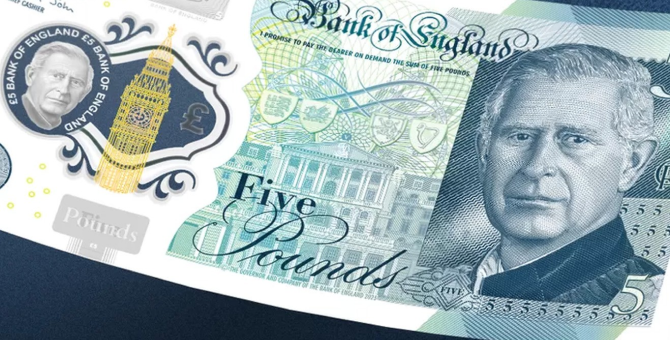 The Bank of England has shared the first photos of the updated coin, which depicts King Charles III. He became the second monarch in the history of Great Britain whose portrait appeared on banknotes. Updated notes in denominations of £5, £10, £20 and £50 will be issued in mid-2024. Hypebeast writes about it.

The design of the banknotes has not changed drastically. Its reverses still display portraits of former British Prime Minister Winston Churchill (on the £5 note), writer Jane Austen (on the £10 note), artist William Turner (on the £20 note) and mathematician Alan Turing (on the £50 note). Note).

By decision of the royal court, banknotes with the portrait of Elizabeth II will continue to be legal tender. They will be withdrawn from circulation as they wear out. This is done in order to minimize the environmental and financial impact.

Recall that the coronation of King Charles III of Great Britain will take place on May 6, 2023 at Westminster Abbey in London. The ceremony will be conducted by the Archbishop of Canterbury. Along with Carlos III, his wife Camilla will be officially crowned at the ceremony as queen consort, the wife of the reigning king, who has the same social rank as him, but has no power.