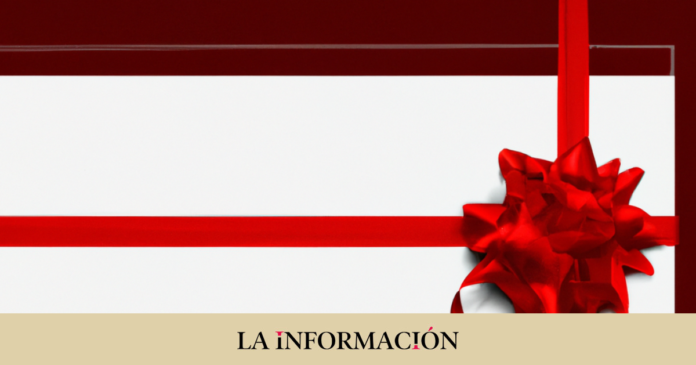 It may seem counterintuitive that disinflation was the trend in the financial markets in the year of the double-digit CPIs. But the truth is that it is an irrefutable fact. Stock markets and bonds peaked in November 2021 when Jerome Powell’s Federal Reserve signaled the exit to the monetary policy of massive stimuli and negative rates, although it did not begin to raise them until March. The times between the central bankers are like those of Tolkien’s Ents arboreal beings in the Lord of the Rings: slow, very slow but in an emergency they can react quickly as they will in 2020 and 2022.

The technological ones exemplify the process of financial disinflation perfectly. Companies like Tesla, Meta (Facebook) or Amazon accumulate a loss of market capitalization of more than 3 trillion with b dollars from their highs. What may seem like the bursting of a bubble is actually a return to normalcy. The massive injections of monetary stimuli but at zero or negative interest rates caused an unprecedented bubble in fixed income and exorbitant valuations on the stock market. Logically, with rates of 3% and 4% in most developed economies, money demands more than growth.

Jason Draho, director of investments for America at the manager UBS Wealth Management, this week raised the word ‘disinflation’ as the term for the next 2023 although his mention refers, above all, to the macro sphere. “With investors’ final concern shifting from high inflation to slowing growth, it may seem retrospective that disinflation is our word of the year for 2023,” he alleges by way of defense because the process began in 2021.

Disinflation is the most dominant issue in the market right now, according to Draho. First, it is for Fed policy to the extent that the faster consumer price indices register, the sooner the central bank’s monetary tightening will slow down. Secondly, the magnitude of this process will mark the turning point and the transformation of central banks from ‘enemies’ to ‘friends’ of the stock markets. Third, disinflation is the thermometer that will measure whether the recession is severe or bearable, whether the economic landing is soft or hard.

From disinflation to deflation risk, the thin red line

Ultimately, and as an addition to Draho’s thesis, the speed at which inflation deflates can revive a risk and an old ghost that has kept Western economies in suspense until the economic-health pandemic two years ago. It is the leviathan of deflation, more dangerous and powerful if possible than the inflation monster of the end that we warned about in these same pages back in April 2020, a phenomenon that finally woke up with the supply crisis of that year.

It is not about premonitions or omens but about the potential effects that the monetary forces of central banks have. If anyone doubted that the combined injections of liquidity worth more than 10 trillion euros from the US to Europe -passing through Japan, Australia, Canada…- were not going to generate an inflationary wave in the economy, they were innocent, self-deception, bad faith or hiding their interests. Conversely, the massive and coordinated drainage in 2022 and 2023 of the stimuli adopted then has the capacity to put out the flame of inflation too quickly, magnifying the recession and causing the deflationary risk to reappear.

For this reason, disinflation is good for the economy, businesses, and households as long as it unfolds in moderation. It is healthy that the US CPI has been slowing for five consecutive months with a cumulative decrease of 2 percentage points, from 9.1% in June to 7.1% in November. Few have noticed that it has ensured the pace of cooling and that it is the lowest reading of all of 2022. For the Powell Fed it is not yet a convincing drop but perhaps within a month it will begin to be convinced that it is. Judge yourselves.

Comparatively, in Spain, the CPI ended the month of November with year-on-year growth of 6.8%, 400 basis points less than the 10.8% it marked in July and the second lowest reading of this 2022. Here the speed is greater and it is due , apparently, due to the energy price containment measures adopted by the Government regarding gas, such as the price cap when its use is to generate electricity, or the mysterious capacity that Spain has had to import more gas from Russia and the US through methane tankers than from Algeria, with whom we are linked by two gas pipelines and has been the dominant supplier for two decades.

Don’t forget, though, that one of the reasons consumer prices are starting to cool is weak demand. The truth of the Spanish economy is not as good as the Government draws or the macro picture just painted this week. Something doesn’t fit. It is hard to believe that the GDP is growing at 4.4% after the blow that inflation has caused in the pockets of households and companies. Perhaps the push from European funds is greater than expected or, simply, the data reflects a past reality that is far from the current one.

The central bankers themselves used the fact that the effects of the cumulative radical rise in interest rates in 2022 are still unknown because monetary transmission is months behind schedule. Common sense and economic theory remind us that trying to cool a boiling pot by pouring cold water over it is not recommended, even if it works out, because you risk having an accident. The same goes for interest rates and inflation. Crushing the rise in consumer prices by destroying demand generates collateral victims such as unemployment, the slowdown in activity in sectors such as real estate or investment self-censorship. Disinflation is one thing and a blowout is another.