HomeLatest NewsThe big telecos cool off the discount war with Digi as 'off...
Latest News 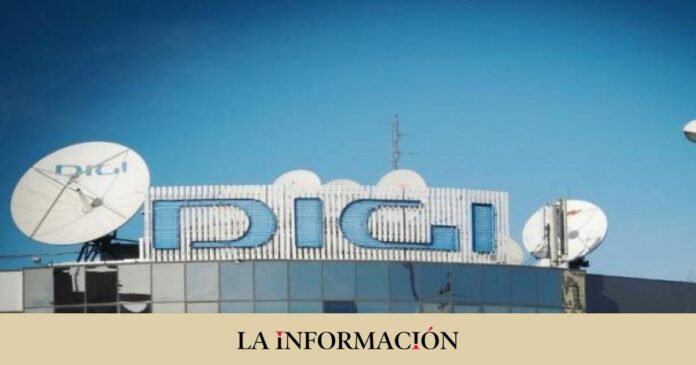 Inflation is taking its toll on the telecommunications sector. The sharp rise in costs, mainly energy, has hit the income statement and most are taking action. First it has been with a general increase in rates for 2023 for customers. And then with a reinforcement in the discount war that has been kept alive in recent years. The great exception, beyond the Másmóvil group, is the Romanian

Telefónica is the operator with the largest market share and in the past has set trends for other operators in a sector in which more than 80% of the business is concentrated in four large groups. The company has made the message clear: price increases. These new rates are already included in your official portfolio. The 25% reductions for up to six months that were proposed months ago have disappeared, at least in their official proposals. It only concentrates this type of strategy for less massive products such as ‘Mobile Only’ or Fiber offers.

This decision not only to cool down the commercial war, but also to significantly increase prices (without offering more services in exchange) is done despite the fact that during this year it has lost more than 325,000 mobile lines until the end of December (last year approached half a million negative portability). But the company chaired by José María Álvarez-Pallete, which is reducing its customer base at the hands of Másmóvil with Yoigo, has given more priority to both the average revenue per customer (what is known as ARPU in the jargon) and the profit margins in the Spanish market competitor. That ARPU has remained above the barrier of 90 euros, while the Ebitda margin has been below the usual 40%.

The rest of the big operators have been progressively abandoning the hatchet. Orange is the second by size and has also suffered a lot in terms of portability (235,000 until the end of December). But it has also reserved the most relevant discounts for its non-converged products. The access door to football remains at 100 euros, when at the start of the season it stands at 85 euros for the entire campaign. In second brands such as Jazztel, it uses the claim that Vodafone has already raised: “definitive price”. That is, without big discounts.

Vodafone assured in the presentation of its new portfolio of rates and prices in Spain that it was not going to enter into a spiral of discounts. He did it after cutting between 20% and 30% the previous prices. Even so, during the summer campaign, discounts of more than 10% were proposed on those already reduced levels. They have now been removed, at least in their official proposals. As is the case with Orange, the large price claims have disappeared but the one-year obligatory permanences are maintained. In the case of the French, two years are reached for those who finance mobile phones.

Telefónica eliminates large discounts in its commercial strategy at the end of a year in which it has lost more than 325,000 mobile lines

One of the most guerrilla in recent years has been Másmóvil. He became the nightmare of the big companies, especially Orange, today his potential partner in the ‘joint venture’ being studied by the European Commission. His public discourse has changed. And his CEO, Meinrad Spenger, talks about ‘ultra low cost’ and the problems for income. Even so, it continues to have discounts on its main brands, not only Yoigo and Másmóvil, but also Euskaltel. Although logically they are not as aggressive as in previous years. It must be remembered that the growth of the company, if the effect of the inclusion of the Basque language is not included, barely exceeded 4% in the revenue chapter.

The witness of Spenger and his team has been taken by the fifth operator in Spain, the Romanian Digi. The company has not changed its commercial strategy in Spain one iota, with ‘ultra low cost’ proposals of up to 25 euros for a convergent package of its own and mobile fiber. On December 13, he warned his clients: “We want to convey to you our intention not to raise the prices of our products and services at this time.” Quite a ‘declaration of war’ at a time like this. All this despite the fact that its profitability continues to decline due to the increase in costs for wholesale access to the Telefónica network and the hiring of personnel. The Ebitda margin was below 15% in the third quarter.

Spain has been the great concern in the leadership of the large telecommunications operators due to this hardening of the commercial battle. Analysts have asked managers this question time and time again. The CEO of Telefónica, Ángel Vilá, spoke of a “complex environment” in the last presentation of results. In the previous one, which took place in the summer, he insisted that competition was tough for low-cost products but had become more “rational” for higher-value products. His counterpart at Orange Spain, Jean François Fallacher, was more pessimistic and spoke in October of “powerful” promotions in all segments. He warned that the strategy was to get the most out of their customers by selling them more products and not so much in attracting them at all costs.

It remains to be seen how much each of the actors can put up with the role assumed so far. The greats have tried to convey that aggressiveness must be less. But if they continue to lose customers in a significant way over the next few quarters, they will be under more pressure. The ‘Mavericks’ of the market, which are not only Digi but also all virtual mobile operators (MVNOs) such as Fi Network or Avatel, are willing to tighten the rope to gain share. But the increase in costs may squeeze the income statement more than expected. And among these will be the one that acquires the possible ‘remedies’ that the Commission could propose to Orange and Másmóvil to authorize the merger.

Share
Facebook
Twitter
Pinterest
WhatsApp
Previous article
Back to zero: the stars wear more and more what fashionistas bought in the 80s or 2000s
Next article
Twitter users were outraged by Zelensky’s “Media Law” signed by Zelensky, which restricts the work of Ukrainian media – Rossiyskaya Gazeta