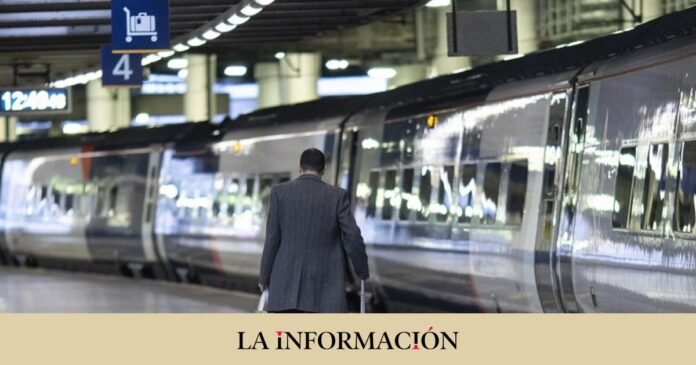 The strikes in recent weeks in numerous sectors, such as nurses, ambulances, customs or the post office, as well as in transport, have caused a crisis in the United Kingdom, with no solution in sight for the moment. Thus, the British railway sector resumed a 48-hour strike on Friday to demand better wages and against the worsening of their working conditions, while driving examiners and highway agents also go on strike in some areas of the United Kingdom.

Some 40,000 members of the Union of railways, maritime and transport (RMT, for its acronym in English), the most important of the sector, although excluded the drivers, have adhered to this measure of force, which has caused disorders to miles of people who use this means of transport.

The railway sector had already gone on strike this week at the end of last year, without reaching an agreement so far with the fourteen companies operating the services and the state manager Network Rail, which has estimated that this Friday they are operational only 20% of train services so he advises against traveling unless “absolutely necessary”.

RMT demands a salary increase of around 7%, but the manager offers 5% and even less for private operators, all below the inflation rate, which exceeds 10%.

In addition, the strikers oppose the worsening of their contractual conditions and the “thousands of layoffs” that will result from the planned abolition of ticket offices and train inspectors throughout the country, the general secretary of the railway union, Mick, told EFE. Lynch.

Lynch, present today on a picket line in front of Euston station in London, accuses the Conservative government of “interfering” in negotiations with employers “for ideological reasons.” However, the trade unionist assured that they will go “in good spirits” to the meeting now proposed by the Executive of Rishi Sunak for next Monday with all the sectors on strike, which also include nurses and ambulance drivers.

“There were no negotiations or meetings for more than a month, but next week we will meet with government transport officials, railway companies and Network Rail. We hope the government has something new to say,” he told EFE. Lynch suspects that the Sunak government, which may have “negotiated over Christmas”, has delayed it because it “wanted to announce new anti-union laws that suppress the rights of unions in this country”.

Sunak defended this Friday his decision, announced yesterday, to legislate to demand the right to strike by imposing minimum services in several sectors, including railway employees, firefighters and ambulances, which, according to Lynch, will undermine the basic right of the retbairadores their strength labor.

The Tory prime minister insisted that he must “balance” the right to strike with “the right of ordinary citizens to lead their lives without disruption.” Sunak urged unions across all sectors to engage “constructively” on Monday in an “adult” conversation about what “is affordable, reasonable and responsible for the country.”

Labor Party Treasury spokesman Pat McFadden approved by Parliament will not have an effect on them. Some people in charge of doing driving tests in London, the southeast and southwest of England and in Wales also go on strike this Friday to demand better wages, as well as highway agents.