HomeLatest NewsThe castle in the village of Gryaz is washed for the arrival...
Latest News 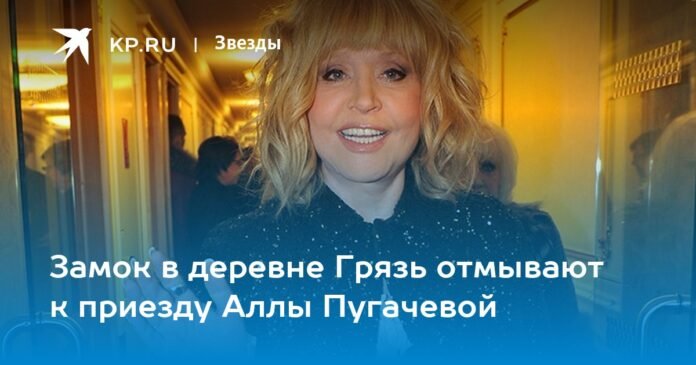 Alla Pugacheva could return to Russia

The neighbors of Alla Pugacheva noticed the cars of the cleaning service near her castle in the village of Gryaz. According to eyewitnesses, the windows are being washed in a luxurious mansion. The townspeople whisper that the house is preparing for the arrival of the Prima Donna.

Alla Pugacheva now lives in Israel. The last time she flew to Russia was in August. However, at the end of September, she, together with her children Lisa and Harry, left Moscow on a private plane. Alla Borisovna’s move shocked the public.

Now the public is wondering when Pugacheva will return to her luxurious castle in the village of Gryaz. Rumors began to circulate that the singer would come to Russia, like to a dacha.

So, the main double of the artist Daniil Kalatura said that the castle was preparing to receive Pugacheva on the New Year holidays. It was not specified in what composition the stellar family will arrive. And now the man’s words have been confirmed.

The singer’s neighbors reported that they began to notice movement in Alla Borisovna’s mansion. They noticed more and more cleaning service cars coming to the door. “Although Pugacheva has a high fence, from the street you can see how people wash the windows of the castle. They are obviously waiting for the return of the hostess,” Gryaz residents comment on what is happening.

It is worth noting that the rumors about the return of the Prima Donna also arose because the Israeli police recently detained five employees of the migration service, suspected of illegally issuing permanent passports to Russian citizens. According to the law, the first passport is issued for a period of one year, but in this case it was five years. Can Pugacheva lose her new citizenship and end up on the “black list” of the country? Israel closely monitors such violations. If the document is canceled, it is almost impossible to obtain citizenship.

Share
Facebook
Twitter
Pinterest
WhatsApp
Previous article
Europe will not let us go. UEFA responded to our talk about moving to Asia
Next article
The LPR reported that Kyiv has intensified the work of the DRG in the direction of Lisichansk KXan 36 Daily News