HomeLatest NewsThe CCOO makes the Government ugly by not counting on the social...
Latest News 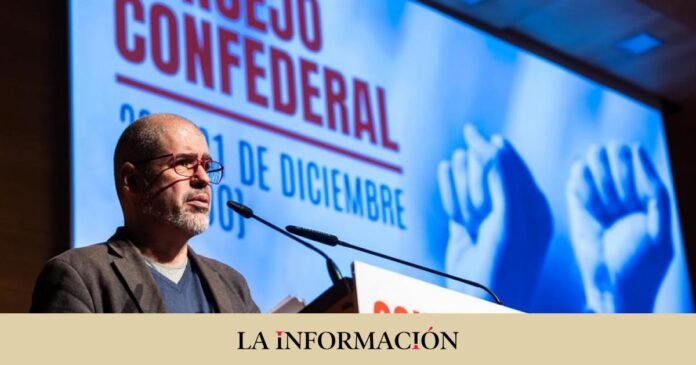 The Government celebrates a new Council of Ministers this Tuesday, the 27th, the last regular one of 2022 Given the approval of these new measures, the CCOO general secretary, Unai Sordo, has stated in a statement that Moncloa has not had the social agents to time to develop or modify these aids.

It has been in some statements in RNE, where Sordo has indicated that the tax cuts – alluding to a reduction in VAT on some foods that are being considered – are not “particularly effective” measures and that the reduction may end in less than prices at higher margins for companies.

“Social agents are not being counted on”

Sordo recalled that the union already proposed aid last March for more than 9 million families who cannot make it to the end of the month due to the escalation in food prices and has criticized the fact that the Government does not consider account employers and unions when designing the measures.

“I don’t know what they mean when they talk about an income agreement and then negotiate these measures without explaining to us or what they mean,” he said. “This package of measures with the social agents is not counting”, he has made it clear.

On the other two issues open at the end of this year, the pension reform and the increase in the minimum interprofessional wage (SMI), Sordo has recognized that the first will already go to January 2023. “There is no material time to move forward a negotiation that is complex, that has been slow and that has many matters to resolve”, Sordo explained that he sees an agreement on the matters on the table as feasible, with the exception of the issue of the computation period.

Regarding the SMI, Sordo has insisted that the increase must guarantee that workers do not lose purchasing power in a year where average inflation will exceed 8%. “A progressive government has little margin for not raising it in those figures,” Sordo warns.

And regarding the attitude of the CEOE in the latest negotiations, Sordo sees a “regressive position” that he attributes to a lack of “joint responsibility” when it comes to distributing the impact of inflation. “CEOE wants to erase so that the distribution of inflation falls on public resources and wages almost exclusively,” he denounced.