HomeLatest NewsThe CEOE rectifies and now opens to a 4% rise in the...
Latest News 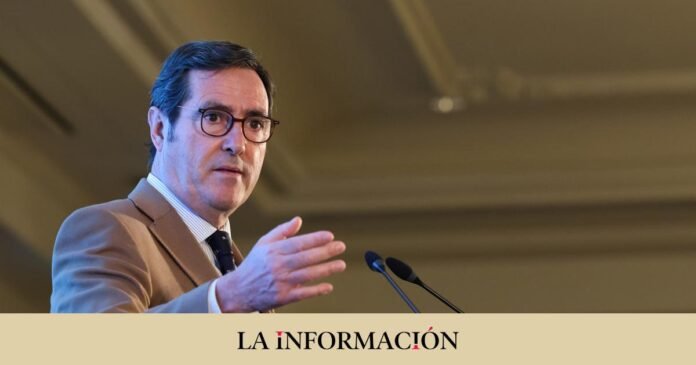 The CEOE moves token. The employer, who had broken the dialogue with the Ministry of Labor after Yolanda Díaz agreed with EH Bildu on an amendment to the Employment Law to increase control of the Inspection over the ERE, has sent the Government a proposal to raise the salary interprofessional minimum (SMI) in 2023. Specifically, employers propose an increase of 4%, to reach 1,040 euros per month in 14 payments.

The CEOE and Cepyme employers, who have not attended the meeting called this Wednesday by the Ministry of Labor, have finally put figures for the rise of the SMI that they consider appropriate in a context of inflationary crisis. Specifically, the position of business organizations starts from a 4% increase, up to an amount of 1,040 euros gross per month in 14 payments, above the average salary increase agreed in the agreements signed in 2022 (3.03%) and of the increase applied to civil servants (3.5%). Below, yes, that of pensions (8.5%).

The amount proposed by the employers is, in any case, below the lower band of the range proposed by the committee of experts that advises the Government on the amount that the minimum wage must reach to reach 60% of the average wage marked by the European Social Charter. It must be remembered that the report recently issued by this group establishes that the SMI should be at a minimum of 1,046 euros next year and a maximum of 1,082 euros per month.

It is also below the union aspirations, which this Wednesday, after the meeting held with the representatives of the Ministry of Labour, to which the CCOO and UGT have attended, have insisted on the need for the SMI to rise by around a 10%, up to a maximum of 1,100 euros per month. For the unions, it is essential that in a context of crisis the Government adopt measures to alleviate the loss of purchasing power over the most vulnerable groups, among which are workers who receive the minimum wage.

However, the employers defend a position “in accordance with the salary moderation that is needed to promote economic growth and job creation.” “Business organizations are aware of the impact of inflation on low incomes, while we consider that the priority in 2023 is maintaining the employment of the group affected by the SMI, for which it is necessary to carry out an increase in step with this context”, say CEOE and Cepyme.

In a statement, both business organizations point out that inflation will foreseeably remain above the 2% target for the next year, “something that also penalizes companies on the cost side and adds to the impact of the increases of taxes and social contributions, among other charges”. And they emphasize that “this price evolution will coincide with GDP growth of around 1% over the next year, with a Spanish economy that has not yet recovered pre-pandemic GDP levels.”

Regarding productivity, they recall that although it is increasing in 2022, the accumulated falls in recent years mean that the levels of productivity per employee in the third quarter of the year are 4.9% below the levels prior to the pandemic. and they add that the share of labor income already represents 47.5% of national income, exceeding the pre-pandemic by one point, while pointing out that the vast majority of the productive fabric, since they present lower levels of productivity and therefore lower wages.

With all these variables on the table, employers are open to a 4% increase in the minimum wage, but they make it subject to the Government establishing a system of deductions applicable to the agricultural sector, consisting of a 20% reduction on the business quota due to common contingencies, which would be added to the current incentives, since it modifies the price review regulations in the contracting processes derived from the public sector contract law, to affect the increase of the SMI in the contracts in execution. These are two requests that they have repeatedly raised with the Government, without success to date. And everything indicates that this time it will not be different.