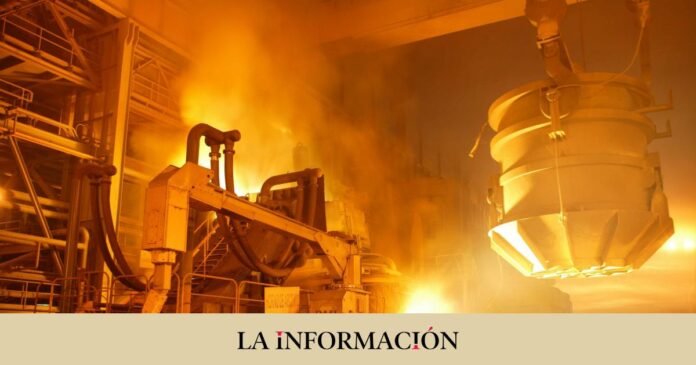 The National Commission for Markets and Competition (CNMC) has issued its report on the possible modification of Royal Decree 1106/2020, of December 15, which regulates the Statute of Electro-intensive Consumers. He believes that the agency can include assessments that would lower the obligations in the field of consumption.

Specifically, similarly advocated Competition because “deviations due to participation in the active demand response service -the old interruptibility-, or any other mechanism of characteristics, will not be taken into account for the purposes of compliance with the requirement of precision of the hourly program of consumption”.

Electro-intensive consumers are obliged to have a predictable consumption, for which they must provide Red Eléctrica -as system operator-, either directly or through their retailer, their monthly consumption forecast with a precision of their hourly program of demand greater than 75%. If they do not comply, they lose the status of electro-intensive consumer and, therefore, access to certain aid and compensation from the Government.

The body chaired by Cani Fernández has issued this report at the request of the Undersecretariat of the Ministry of Industry, Commerce and Tourism. The public consultation prior to the draft royal decree received allegations from eight agents, of which two did not make any observations. These include the Association of Large Energy Consumption Companies (Aege), the Business Federation of the Spanish Chemical Industry (Feique), the Spanish Federation of Industries and Food and Beverages (FIAB) and Repsol.

New sectors such as electro-intensive

On the other hand, the CNMC also sees it advisable to consider new sectors that can opt for the category of electro-intensive. In his opinion, the extraction of various minerals and materials should be included: abrasive materials, asbestos, silicon fossil meal, natural graphite, steatite (talc), feldspar, natural asphalt, asphaltite and asphaltic rocks; natural solid bitumen and precious stones, quartz, mica, etc.

Among the agents who attended the public consultation there are more allegations regarding those that have been referred to by the CNMC. For example, proposing to unlink the aid from the Statute to high availability and grading them according to the intensity of electricity use, as well as eliminating the requirement to consume at least 50% of the energy during off-peak hours for at least two of the three years prior to those sectors whose ordinary productive activity is seasonal.

However, there are also contrary opinions among the agents and one of them raised the requirements to obtain the category of electro-intensive. In particular, consider that the threshold established in article 3.2.b of an annual volume of electrical energy greater than one gigawatt hour (GWh) should be increased for at least two of the three previous years.

The Ministry of Industry, Commerce and Tourism has awarded aid worth more than 42.5 million euros to 364 facilities within the charge compensation mechanism for electro-intensive consumers. The Executive has also extended until June this year the 80% reduction in the import of electricity tolls. He calculates that this measure will mean about 112 million euros.

In addition, the application of the tax rate of 0.5% of the Special Tax on Electricity and the suspension of the Tax on the value of the production of electrical energy of 7% are maintained. For its part, in November, the Government awarded 244 million euros to large industry as compensation for the costs of indirect CO2 emissions corresponding to 2021, 65 million more than initially established.

Aege requested that in the General State Budget (PGE) for 2023 the item be increased to 500 million, but the Government would maintain it. According to the employers’ association, which brings together companies that account for more than 10% of national electricity consumption, this would only mean 16% of the 3,000 million that are expected to be obtained from the emission rights auctions.