HomeLatest NewsThe CNMC loses its fight in the TS with Telefónica for the...
Latest News 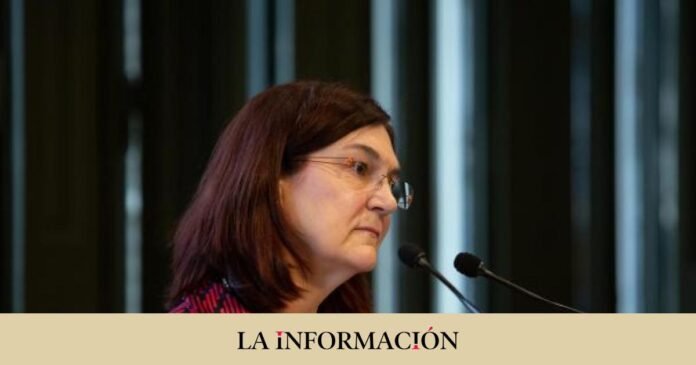 New defeat in the courts of the National Commission for Markets and Competition (CNMC). The body chaired by Cani Fernández has lost its fight with Telefónica in the Supreme Court over a fine of 6 million euros for allegedly discriminating against its competitors in breakdowns. The Court will cut it down to some pyrrhic 50,000 euros. The High Court confirms this decision and slams the regulator. In this month of December a new front has been opened as a result of the permanence required by the operator that owns Movistar with the subsidy of its mobile devices.

The case comes from a resolution of more than three years ago in which the CNMC understood that the operator presided over the circuits provided in wholesale fiber services. The events in question occurred between the months of January 2017 and December 2018.

As usually happens in these cases, the company filed an appeal before the National Court after having exhausted all administrative avenues. The Litigation Chamber, as La Información advanced before last summer, partially upheld their claims. It understood that Telefónica’s infringing conduct was not accredited as a breach of a resolution of the CNMC. Regarding the quality of the service, he does understand that there is room for the sanction, but this would be slight and therefore deserving of the payment of those 50,000 euros.

The State Attorney’s Office filed an appeal before the Supreme Court to try to reverse the situation, since it is a relevant sanction in the record maintained in recent years. She alleged that the operator was obliged to comply with the five regulatory obligations, having failed, according to her vision, that of non-discrimination in fault management. This means that all of them have not been respected. She warns that a “seriously harmful” doctrine has been established. She refers to the violation of that obligation as an essential element to guarantee competition in the telecommunications sector.

Faced with these arguments, the Supreme Court understands that there is not enough interest in cassation to agree with the CNMC. It supports the justification of the Hearing, which based its judgment on the fact that it is in any case a breach of “some” imposed on Telefónica as the dominant operator, so that a very serious infringement could not be appreciated. The reason? There is not a continuous and widespread problem of the necessary requirements in the regulation of fiber and copper. This sits, as I warned the State Attorney, a jurisprudence for subsequent cases.

In this way the sentence of the Hearing becomes final. This is another defeat in the CNMC courts against the old telecommunications monopoly in Spain. It must be remembered that this is the second attempt made by the regulatory body to impose a sanction for breaching one of its obligations as dominant operator. The National Court concluded something similar at that time, when it was not responsible for failures in the broadband line of customers of other operators who used their networks, understanding that they were “false”.

There have been other pronouncements both favorable and unfavorable to the operator in the last two years with disciplinary proceedings imposed since 2015. But if there is one relevant one, it is that of the historic fine of 15.5 million to the teleco and lagua anti Canal+ for the football war pact that they signed to distribute the broadcasting rights in 2012. The National Court positioned itself in favor of the CNMC. There was an appeal and the Supreme Court in an order dated last October admitted for processing. Therefore, everything indicates that there will be a ruling during the next financial year 2023.

Precisely, the operator is still in tension waiting for the regulator to make a move a few months after the end of the current regulation in the pay television sector. To date, Telefónica is considered the dominant player in this market, which is why it has a series of restrictions and requirements, such as the replicability of its offers or offering rights to other competitors as a wholesaler. The group understands that the introduction of companies such as streaming giants Netflix, HBO or Amazon have disrupted the distributions, so they no longer have to have that categorization. The CNMC is giving it a lot of thought, as it expected to have a pronouncement this year and it will finally be moved to the first months of 2023.

This has not been an obstacle for the body chaired by Cani Fernández to have initiated a new disciplinary file against the telco for a possible breach of those regulatory commitments as an operator with a relevant position in TV. She defends that there are indications that the offers of the old Movistar Fusión -today replaced by MiMovistar-, in which the acquisition of a mobile device was forced, posed a ‘de facto’ permanence of up to three years, fail to comply with those rules. In three months there will be a resolution.