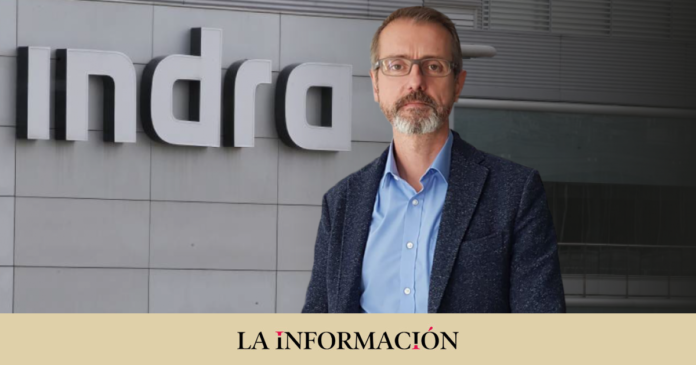 Indra is saved from burning on Christmas Eve in his most troubled year since the middle of the last decade. And the National Securities Market Commission (CNMV) dodges an institutional book crisis. The regulatory body chaired by Rodrigo Buenaventura has clung to the loopholes of the Law so as not to punish the company for reaching agreements with its main shareholders. The fact that there are indications that this agreement, about which there is no doubt, has not meant a change in the power of the semi-public company is what allows it to avoid the imposition of a sanction or the requirement to present a takeover bid.

Six months of investigations, with fourteen requests for information and the taking of statements from seventeen people involved in the case, ended in a three-page document approved by the board of directors last Thursday, two days after December 24. A document that can be summed up in a conclusion of three words that can be contradictory: “Yes, but no”. Yes, there are clear indications that there was an agreement between the Amber Capital fund, the manufacturer Sapa and the State Company for Industrial Participations (Sepi) to dismiss the majority of the independent directors who rejected the appointment of Marc Murtra as executive president. But no, he understands that he cannot conclude that there is an agreement for the takeover.

It is accredited by the CNMV that these three shareholders “cooperated” to carry out the dismissals of the ‘rogue’ independents led by their former boss, Alberto Terol. And it goes further: it required the “active” participation of the president of Indra, Marc Murtra, with whom several of these directors will visit “persistent discrepancies” in terms of governance since his appointment. There was a tacit agreement, which was in sight from the very moment in which the representative of Amber Capital contributed in his words at that general meeting of shareholders in June that had maintained contacts with the other two partners to “inform” about their intention to propose these ceases. The condition established by the European regulation for the concerted action that affects a large number of members of the management body is fulfilled.

But this cooperation cannot require concerted action, according to the CNMV. He clings to a kind of ‘presumption of innocence’, since not only are there signs of agreement but there are others that, according to his consideration, go in the opposite direction. Point to two of those indices and highlight one of them. The ‘June pact’ was executed, according to their conclusions, only on one occasion and it was not done to remove independent directors and later appoint proprietary directors and thus change the majority of the board of directors. “The weight and profiles and characteristics of these independents have not changed substantially, beyond the renewal of specific people,” he explains.

It is true that the people who left, led by Terol, held disagreements on key issues in governance and management. And here the ‘safe harbor’ strategy followed by Indra has played a relevant role, as La Información pointed out. The supervisor understands that there were no substantial changes in the day-to-day management, nor in the executive powers of the leadership. And he highlights as a gesture, precisely, the resignation of Marc Murtra’s casting vote on the board of directors to undo the tiebreaker (not relevant to the Strategy Committee, where he keeps it intact). “There has not been a substantial modification of the management teams, nor have strategic or management changes been approved that could have been blocked by the outgoing directors,” he adds. He understands that the turn towards the Defense business line – in which the three shareholders agree, with Amber at the head – is not one of them, since he believes that Terol and the rest had not blocked it.

The conclusion of the CNMV: there is an agreement, but not punishable. With that decision already made, the body ‘pulls’ gestures, like the ones Indra did in his day. It refers to the fact that a joint dismissal like this – at the proposal of shareholders without a presence on the board and with the knowledge of the president and without its inclusion in the agenda – affects the “perception” of the quality and seriousness of the corporate governance of a listed Ibex 35 and is “far from the standards” that are expected. And he is cured in health: he will propose ‘after the fact’ legislative measures and will modify the good governance recommendations to avoid a repetition of the fact that, despite everything, has not been punished. And the gestures culminate: the president, Rodrigo Buenaventura, is willing to compare in the Economic Affairs Commission of Congress to explain the decision.

the shadow of doubt

These explanations given by the regulator are not usual. The law does not oblige you to report on how a file is closed or the conclusions in cases in which no sanction or corrective measure is ultimately imposed. And that was what the agency had initially clung to in order not to make a move and give more details about Indra. But the pressure after the commotion arose in this case has forced him to modify it. These legislative measures that he will propose will not include the obligation to give an explanation to shareholders and other ‘stakeholders’ about the investigations of listed companies. It is covered by ensuring that the publication of these conclusions is done “exceptionally”, confirming that they were not changed in rule.

In this policy of gestures, the CNMV closes the investigation, but ensures that it will be vigilant in case it is necessary to resume it “in light of possible new facts derived from future labor, governance and decision-making changes” of Indra. He covers up by insisting that he will continue to supervise. Whether or not there is a real intention to reopen the case, those words make changes of executive powers in the company more difficult. For months there has been strong internal pressure for the departure of the CEO, Ignacio Mataix. His forced departure and his potential replacement by Luis Abril or another external manager will not be so easy to execute. The shadow lengthens over corporate measures such as the ‘spin off’ in Minsait or the potential entry into ITP Aero, both openly rejected by the CEO himself on several occasions. And both directly or indirectly support Sepi or Marc Murtra himself.

Share
Facebook
Twitter
Pinterest
WhatsApp
Previous article
Messi’s secret menu: What a footballer eats for breakfast, lunch and dinner KXan 36 Diario
Next article
Nutritionist Kruglova: Tangerines should not be eaten for problems with the gastrointestinal tract, allergies and children under one year – Rossiyskaya Gazeta