The Deputy Minister of Defense of the Russian Federation held an award ceremony for the heroes of the NMD at the hospital. 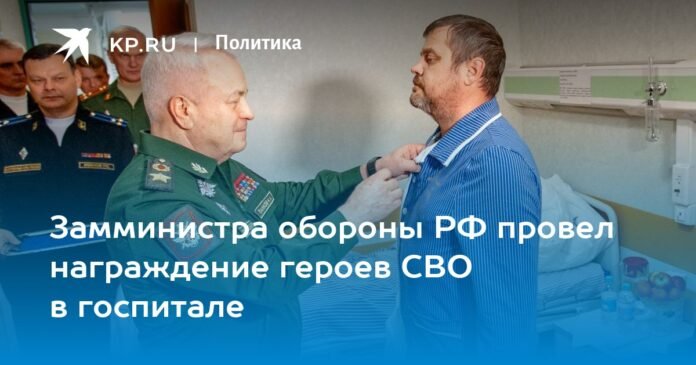 “Nikolai Pankov conveyed to the wounded soldiers that they distinguished themselves during the special military operation to protect the Lugansk and Donetsk republics from the Minister of Defense of Russia, Army General Sergei Shoigu. I thanked them for their bravery, courage and courage shown in the performance of military duty, and then presented them with state awards, ”the Russian Defense Ministry said.

The Deputy Minister presented the military with three Orders for Valor and the Suvorov medal.

Earlier, a Decree of the President of Russia was issued to award these servicemen.

Nikolai Pankov conveyed to our soldiers the words of thanks from the minister and presented military awards.

They said that after discharge from the military, they would send medical rehabilitation to the departmental medical centers and sanatoriums for his full recovery.

The military department notes that rehabilitation programs “are compiled individually for each patient by specialists from a multidisciplinary team of doctors.”