HomeLatest NewsThe director of the Donetsk Philharmonic held a master class in the...
Latest News 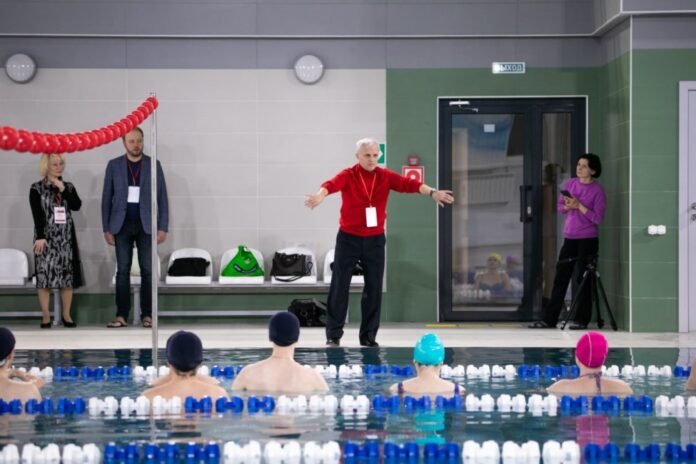 Master classes were held at the Tomsk Regional State Philharmonic from December 17 to 23, 2022. Master Ponkin has prepared a unique program for the participants of the International Open Workshops on Symphony Orchestra Conducting. For an in-depth study of skills, the participants were divided into small groups, with whom Vladimir Alexandrovich conducted classes. Thus, it became possible for everyone to work out exactly the moments that a particular director needed. In addition, the maestro told about the deep work of the conductor with the musical material, he paid attention to such aspects as emotionality, accuracy of performance.

“From the first minutes of communication with Master Ponkin, it became clear that the master classes would be very interesting and useful. Vladimir Alexandrovich compiled a very rich program for the participants, in which everything that is most important for the current director is concentrated. This includes work with the images of musical material, the conductor’s creative interpretation of the composer’s work. This includes muscle training, gestures. This is the interaction with the musicians of the orchestra and much more. Each stage of our classes was as fruitful as possible. And communication with other participants is also an important part of master classes. We exchanged experiences, communicated and enriched each other creatively, “said Vladimir Zavodilenko.

At the master classes much attention was paid to the conducting technique. Moreover, the lessons on the study of gestures were held not only in the usual environment of the Philharmonic stage, but also in such an unusual place as a swimming pool.

“One visit to the pool is equivalent to about 10-15 classes in my class at the university or at the conservatory,” says Vladimir Ponkin about this technique.

During an unusual session, the master class participants learned to control the muscles of the arms and back, in order to cope with the resistance of the water. Thanks to the unique technique, the muscles quickly remember the necessary configuration. The director’s gestures become clearer and more precise.

Vladimir Zavodilenko spoke about his impressions: “The lesson in the pool was very unusual, but very productive. The teacher helped us to feel the sound in our hand, to develop this feeling thanks to the resistance of the water and to hone the gestures. Muscles beat resistance. , and then each gesture becomes more expressive, and means that it is easier for the musicians to read. It was very interesting, exciting!”

Vladimir Zavodilenko was unable to attend the final gala concert of the master classes on December 23. On December 24, the Donetsk conductor was scheduled to rehearse with the symphony orchestra of the Belgorod State Philharmonic; preparations began for a joint festive concert, which will take place in Kursk on December 27. Vladimir Zavodilenko will be able to apply the knowledge gained in Master Ponkin’s master classes in his work with the Belgorod Symphony Orchestra, and later at home.