HomeLatest NewsThe ECB and the Fed will not rest in 2023 and will...
Latest News 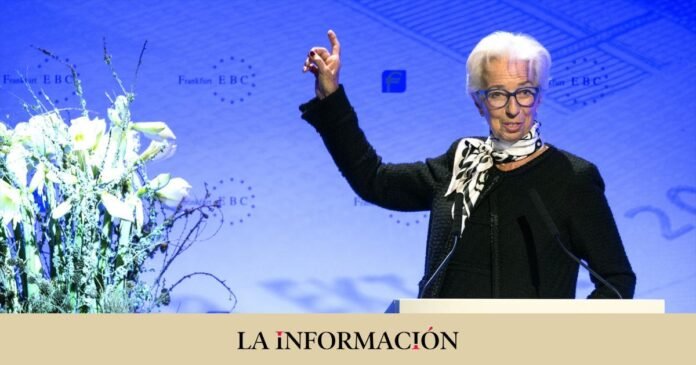 The central banks will continue to raise interest rates in 2023 to combat inflation which, in the case of the Eurozone, not only continues to be very high (it closed November at 10.1%), but is also far from reaching the ECB’s target for 2%. However, everything points to the fact that these increases will be made at a lower rate than that experienced in 2022, after the price of money in the euro zone has closed 2022 at 2.5% and the deposit facility at 2 %. However, the Euribor will continue to rise and could climb up to 4% and the mortgaged ones will appear.

The market forecast for rates is that the ECB places its ceiling at 3.5% by 2023, based on the current futures curve. Specifically, the market anticipates right now that this level will be reached in September. “The ECB has no choice but to maintain a restrictive monetary policy, essential to keep inflation expectations anchored at their moderate level,” explains Franck Dixmier, director of global fixed income investments at Allianz Global Investors. The expert adds that “the prospects of a strong economic slowdown or even a technical recession in the coming quarters will not change this will, since the risk is to stop too soon.”

To make predictions, analysts refer to the agency’s statement after the December meeting. The document stated that “the Governing Council judged that interest rates will still have to rise significantly at a steady pace to reach sufficiently restrictive levels to ensure a timely return of inflation to the medium-term target of 2%.”

Víctor Alvarogonzález, director of strategy and founding partner of Nextep Finance explains that “if they say they will have, they have already shown that there will be at least two”, while the tagline of “‘at constant rates’ is in line with the increase of half a point in December ”, which could put interest rates at 3.5% only in the first quarter of 2023.

These movements could be even more aggressive according to the price forecasts managed by the central bank: inflation will end in 2023 at 6.35%, while if energy and food are excluded it will rise to 4.2% from 3.9%. That without counting the second round effects such as salary increases. The uncertainty of energy costs would also play a role.

This same path will be followed by the Federal Reserve. Here the market contemplates that interest rates will reach their maximum around 5% (specifically at 4.9% in the middle of the year), after the US central bank placed them in the range of between 4.25%-4.50% a closing of 2022 Powell sent a clear message: there will be no rate cut until prices return to 2%.

According to the estimates for the index to which most variable-rate mortgages are referenced, the value could reach a ceiling of 4% at the end of the year (according to Bankinter calculations), while the Funcas panel he believes that it will be in the second quarter of the year, when it registers 3.12%. In December 2022, the Euribor closed at 3.018%.

The truth is that the predictions on the Euribor will have to be taken with caution in light of what was experienced in 2022, when the speed of its escalation was making all forecasts obsolete. What the experts do agree is that the Euribor will move in a range that will go between 3.5% and 4%.

If confirmed, the Euribor could return to levels not seen since January 2007, when the monthly average ended at 4.067%. Alvargonzález explains that the value has a marked anticipatory nature, since it reflects the expectations of interest rates for the Eurozone.

However, the evolution of the index will be due to very different causes to what happened in 2008 with the real estate collapse in the United States that led to the subprime mortgage crisis, while the current restrictive policy of the ECB to control inflation explains the current Behavior of the Euribor..