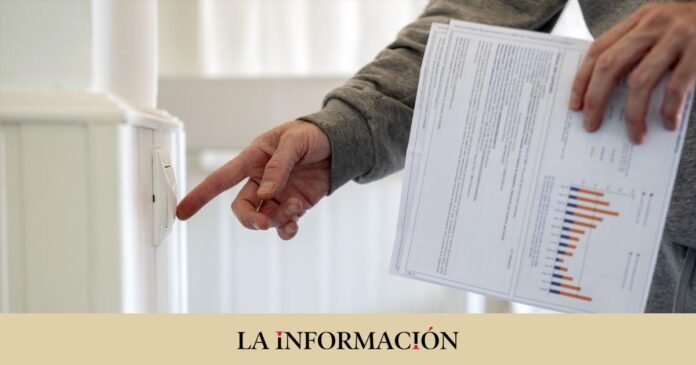 This 2022 the electricity bill for those covered by the regulated rate or PVPC has risen almost 33% on average compared to 2021, reaching 1,095.42 euros. This means paying up to 270.5 euros more than what was paid the previous year.

This is the amount that a consumer would pay with a contracted power of 4.4 kilotavios and a monthly consumption of 250 kilowatt hours (KWh), distributed in 60 KWh at peak hours, 70 KWh in the plain and 120 KWh in the valley, according to the calculations. of the electricity receipt simulator of the National Commission for Markets and Competition (CNMC).

The repercussion of the war in Ukraine on the prices of gas, used by the combined cycles to generate electricity, which have been used extensively this year due to the severe drought that reduced renewable and hydro production, led the Government to adopt additional measures to alleviate the strong impact on electricity bills. Thus, in July the Executive lowered the VAT on electricity to 5%. In 2021 he had already lowered it from 21 to 10%.

In addition, on June 15, after authorization from Brussels, it began to apply, together with Portugal, the so-called “Iberian mechanism”, a ceiling that is applied to the price of gas used for electricity generation in the wholesale market, which in turn At the same time, it helps to reduce the bill for consumers with a regulated rate. According to the Government, the application of the “Iberian mechanism” has generated savings of 4,000 million euros for consumers.

The December bill, 30% cheaper than a year ago

In addition to the relaxation that is taking place in gas prices in the markets, due to lower demand due to mild temperatures and because gas stores in Europe are at high fill levels, the electricity price in Spain is marking these days minimums due to the greater renewable and hydraulic generation that it is having.

This Friday, the last working day of the year, the wholesale price of electricity is at 5.47 euros/megawatt hour (MWh), its lowest level since February 2021., and a new annual minimum is recorded, after which there was on December 25, Christmas Day, when it was at 10.63 euros/MWh.

Share
Facebook
Twitter
Pinterest
WhatsApp
Previous article
The Deputy Minister of Defense of the Russian Federation held an award ceremony for the heroes of the NMD at the hospital.
Next article
Nikolai Pankov presented awards to the heroes of the special operation KXan 36 Daily News