HomeLatest NewsThe famous producer stopped hiding the truth about his relationship with the...
Latest News 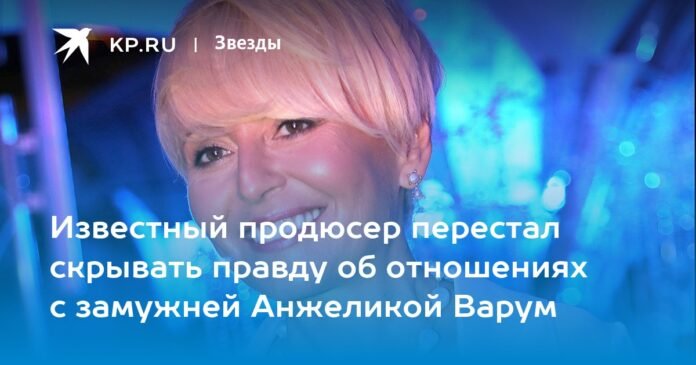 Recently, gossip about the divorce of Leonid Agutin and Angelica Varum has not stopped. One of the strongest couples in Russian show business, according to gossip, allegedly broke up a long time ago. The “barefoot boy” stayed in Russia, while his beautiful wife settled in America, where the daughter of artists Lisa lives from an early age. However, the other day spiteful critics were shocked to learn that the beautiful Angelica lives in Russia and even gives concerts.

Angelica Varum appeared in public in the company of an imposing man. She spoke about the relationship with the wife of Leonid Agutin.

For almost a year now, the performer of the hit “Winter Cherry” has not appeared at major social events and has not led social networks. She also doesn’t perform in the traditional “blue lights”. There were rumors that Angelica had gone to the United States and had no intention of returning. However, everything turned out differently.

Varum stayed in Russia with her husband. Only now she mostly performs in small venues. Recently, a celebrity sang for the inhabitants of Ivanovo in a very modest concert hall.

This was said by the producer of the artist Boris Rubinovsky. The man posted a photo with Varum on his blog. In the frame, he poses hugging a star. The producer left many tender words for the woman.

“Thank you, my dear Anzhelika, for a wonderful concert and a wonderful day filled with warm friendly communication and a walk through the snowy streets of Ivanovo. I adore you!” – said Rubinovsky.

Recall that Agutin and Varum have been together for more than 20 years. Their only daughter Lisa lives in Miami. The girl followed in the footsteps of famous parents. She tries herself on vocals, writes music, and plays the guitar.

In 2021, Elizabeth received US citizenship, after which her music career took off. It is worth noting that beauty tries to achieve everything herself. She for some time worked as a housekeeper and waitress. Now she Elizabeth is a messenger, she brings food to the elderly. Mom and dad give him expensive things only on vacation.