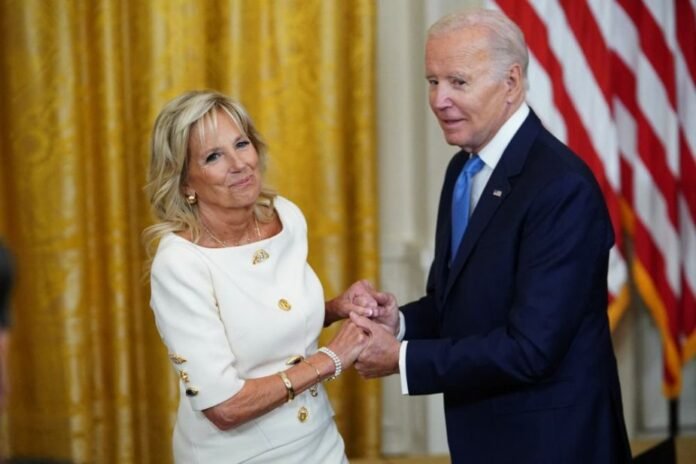 “Every year, Joe gives me a poem. He bought me a book and writes poetry in it”, quotes RIA Novosti to the wife of the American leader.

Barrymore asked the president if he really wrote poetry himself. To this, Biden responded in the affirmative, emphasizing that he had a lot to write about.

The White House owner also said that he proposed to Jill five times before she agreed to become his wife.

Earlier, Biden was embarrassed in public by telling Americans how, at the age of 30, he met 12-year-old Jill, his future wife. “We’ve been together a long time. She was 12, I was 30, but still this woman helped me achieve a lot,” Biden said. In fact, the President of the United States is eight and a half years older than his wife.