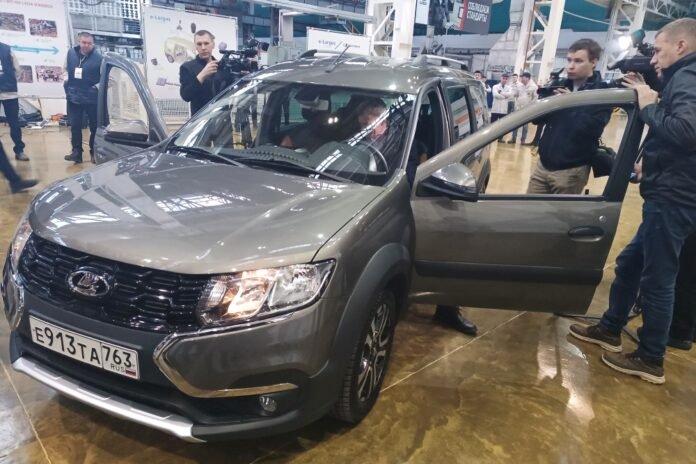 AvtoVAZ President Maxim Sokolov brought an engineering version of the e-Largus to Izhevsk. And on the first test drive, the head of Udmurtia, Alexander Brechalov, got behind the wheel. “It feels very good,” he says later. “A very decent car. I think it will be a competitive model. I liked how it accelerates.”

The head of AvtoVAZ likes something else – half of the e-Largus components are made at home. And this is the main difference between the electric car Lada. “From the point of view of supplies, we are already insured by our own powers. For the rest, it is a matter of contractual relations with partners,” Sokolov explained, adding that in the future both power units and Batteries will also be able to be located in Russia, it can be made on the territory of the Russian Federation for this car, it will be produced here to the maximum.”

At the premiere, e-Largus did not leave immediately, but quickly picked up speed. According to this principle, it seems that AvtoVAZ will implement the entire project.

The first time the e-Largus frame was shown in Udmurtia six months ago, when it was announced that the Lada Vesta assembly would move to Tolyatti. Today, this skeleton is full of pieces, plastic, electricity. And the project finally went beyond drawings and conditional agreements.

“E-Largus will allow us to achieve several goals at once. These are the charging of the production capacities of the LADA Izhevsk Automobile Plant, the development of Russian engineering competencies and the production of a truly Russian electric car. We plan to produce a pilot batch starting in 2023,” Sokolov said.

Initially it will be a five-seater car and a commercial van with a 110 kW electric motor. Instead of a tank of gasoline, lithium-ion batteries, the charge of which should be enough for 400 km. The maximum speed is 145 km/h, acceleration to 100 km/h in less than 10 seconds, explained the chief engineer of the project Konstantin Kotlyarov. At the same time, according to him, the interior of the car is identical to the gasoline version, the owner of the electric car will not feel any inconvenience.

Serial production of the e-Largus is expected to start in 2024. “I have no doubt that we will reach 10,000 and even with a plus, but we need state support. All countries launched electric vehicles with state support,” Brechalov said. , who believes that only such a figure guarantees new investment in the Izhevsk site. “As head of the region, I will seek support. Today it is the most domestic car.”

According to Sokolov, the price of the car will also depend on the level of state support. He has not yet named the exact amount. But he promised that it would be “the cheapest Russian electric car”.