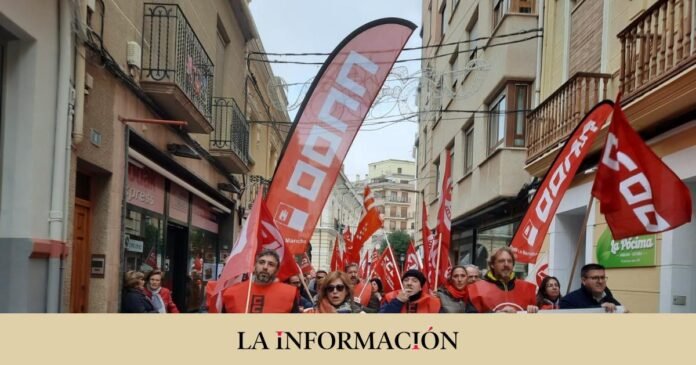 The agreement was signed this Tuesday by representatives of the Federation of Footwear Industries of Spain (Fice) and the Spanish Association of Component and Machinery Companies for Footwear and Leather Goods (AEC), representing all regions, and the unions Comisiones Obreras and UGT in the Interconfederal Mediation and Arbitration Service (Sima).

The letter states that, at the end of the period of validity, the salary tables will be revised upwards, if applicable, due to the difference between the real accumulated CPI and the accumulated salary increase in the tables, up to a maximum difference of 3%, which It will be added to the tables from January 2026, according to sources from the footwear employers’ association. This agreement will enter into force on the date of its signing -although the economic effects are expected to be applied from this July 1- and will remain in force until 2025.

After 90% follow-up of the strike

90% of the monitoring in national territory interrupted the production of footwear, as well as several meetings between employers and unions in the last month at a negotiating table in which Sima had to mediate to reach an agreement. “We have reached an agreement that allows us to face 2023 with the maximum possible unity so that companies and workers emerge stronger from this new stage, in an agreement that also guarantees social peace in the sector for the next four years,” The spokesman for the business representation in the negotiation, José María Escrigas, has pointed out.

Sources from the employer have stressed that the agreement reached “is just a demonstration that employers do not evade their responsibility to guarantee the purchasing power of workers, but it must not be forgotten that the responsibility is also theirs and the commitment to make a most competitive industry internationally”.

Likewise, they have stressed that the footwear sector “is a network of small and medium-sized companies in which labor costs represent more than 50% of the cost of the product.” Finally, the employers have added that during these negotiations “there are many companies that, despite the fact that they do not have obligations to do so, have already advanced salary increases to respond to the economic situation of their workers and their families “.