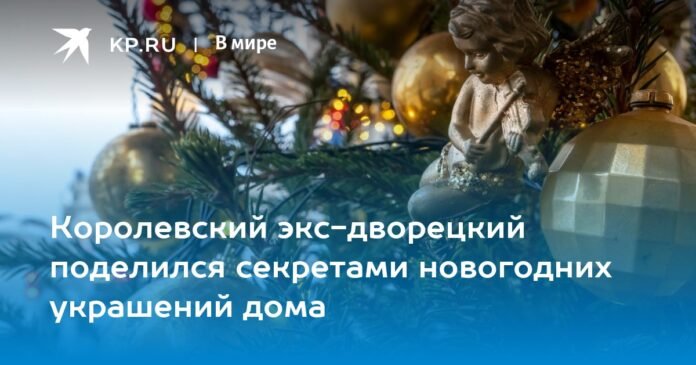 Do not overdo it when decorating your Christmas tree!

The former butler of the British King Charles III, Grant Harrold, told what to pay attention to when decorating the house for the New Year and Christmas holidays.

According to Harrold, don’t go overboard with tinsel as decoration.

– Don’t overdo the tinsel. Everyone has tinsel, but if you come to the royal house, then there will be much more greenery, garlands and lights, and not tinsel, the former butler shared.

In support of his point, he said that in early December, Queen Consort Camilla invited the children to decorate the Christmas tree at Clarence House, and there was not a scrap of tinsel in the boxes with decorations.

In addition, he said that the late Queen Elizabeth II had the habit of leaving one of the Christmas trees in the palace completely undecorated so that the grandchildren who attended the festivity could decorate it to their liking.

“In my opinion, it was always a very good idea,” Harrold admitted in an interview with reporters.

Earlier, Harrold said Sandringham Palace guests this time are expecting “very emotional parties” and they will surely not be without tears, as for the first time in many years the queen who died not long ago will not be at the celebrations. .