HomeLatest NewsThe four economic challenges that Lula faces on his return to the...
Latest News 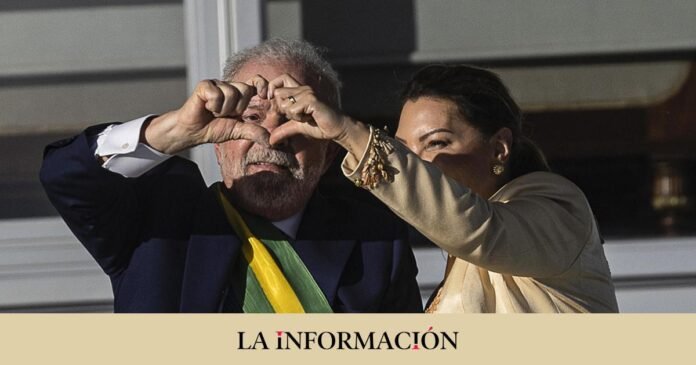 Brazil begins a new stage in 2023 with Lula da Silva recently arrived in government with a very different perspective from his previous stage in government 20 years ago (the carioca president began his term in 2003 and extended it until 2010 after being re-elected in the 2006 elections), marked above all by the global challenges that the international community has had to face in recent years. The world order is in the midst of a transformation process and this causes economic and geopolitical uncertainties. Lula will have to quickly adapt to this new reality if he wants to boost the development of the thirteenth largest economy on the planet.

The challenge of the pandemic, which is still causing delays in supply chains and the Russian aggression against Ukraine, has taken its toll on large economies such as China, Europe and the United States. However, given the possibility of an imminent world crisis, it seems that great windows of opportunity are opening up for the Latin American region, so it remains to be seen if Lula will take advantage of the while dodging challenges such as inflation, public debt, the poverty, the strength of the dollar that disables Brazil as a commercial competitor and the internal tensions of the government.

The Ukrainian crisis has triggered both positive and negative consequences depending on the country. With the rise in prices of hydrocarbons and other raw materials, the producing states (Venezuela, Brazil itself, Ecuador, Mexico and Colombia) have been greatly benefited from the punishment suffered by non-producers (Caribbean, Central American and Chile ).

The invasion has deteriorated expectations of economic growth. The first forecasts suggest that the Latin American region will grow less than expected due to the conflict in Ukraine. In addition, the increase in US inflation translated into higher imported inflation and the expectation of a more restrictive monetary policy occasionally widespread depreciations. The first increases in interest rates decreed by some central banks, such as Brazil’s, managed to prevent the inflationary process from triggering.

The Brazil that has found Lula

The Brazilian public debt stands at around 76.8% of the Gross Domestic Product (GDP), with a downward trend from the peak of 90% that was reached in the first months of the pandemic, but it is still at high levels. Brazil has maintained a primary deficit (before interest payments) since the end of 2014, which has led the country to accumulate a consolidated deficit of 4.21% of GDP.

Lula’s main electoral promise will mean greater pressure on public accounts, since he will allocate 145,000 million reais (about 27,800 million dollars) to social aid, an item that will exceed the budget limit and will force an increase in debt.

Although the country’s economy is expected to end the year with growth of 2.9%, it is slowing down due to the monetary policy aggression launched by the Central Bank to control inflation, which has raised official interest rates to 13.75%. . The Central Bank expects Brazil to grow by around 1% in 2023, a figure that, if confirmed, will mean a significant reduction in the ability to collect taxes.

A significant part of the variation in inflation in Latin America is attributable to global factors such as commodity prices, supply shocks from the pandemic and the war in Ukraine, and subsequently the reflection of a synchronized recovery in demand through World scale.

Another of the main characteristics of the inflationary impulse has been the delayed increase in the prices of services in relation to those of goods. Last April 2022, Brazil registered historical inflation for 2 decades, reaching inflation of 12.5%.

Poverty on the rise with unemployment on the decline

The unemployment rate stands at 8.7% of the active population, the lowest level since 2015, but economists fear that the slowdown in the economy could affect the labor market. These data directly affect the public accounts, if they worsen, they would mean an additional cost in the payment of unemployment benefits and also, which would further limit the margin of action of the Government.

According to data compiled by the Brazilian Institute of Geography and Statistics (IBGE), despite the improvement in employment figures, poverty skyrocketed in 2021, reaching 29.4% of the population, representing 62.5 million of people. In addition, the levels of misery shot up to 8.4% of the inhabitants of Brazil, who depend on aid to survive.

The government of Luis Inácio Lula da Silva will have to face the problem of increasing public spending while maintaining fiscal discipline. This is a particularly difficult task in such a volatile and changing economy. Da Silva faces many challenges that are slowing down the country’s development. Mandatory state spending on civil servants, social security or pensions has been suspected in a sustained manner in recent years, due in part to the aging of the population, and in 2023 it will represent 93.7% of the public budget.

Cash spent on government investments and programs will fall by 14.9% of the available budget in 2022, according to calculations by the Getúlio Vargas Foundation Research Center (FGV). In addition, da Silva has to deal with an opposition-dominated parliament that has brought the determined of Jair Bolsonaro to the streets and forced a third of the country’s 214 million people to live below the poverty line.