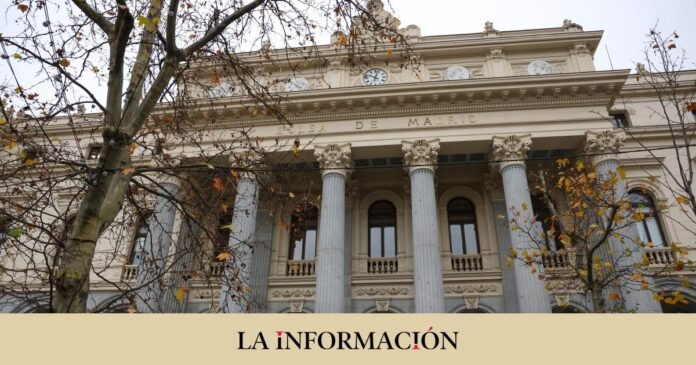 35. The bears take positions in the Ibex 35 with a greater presence of these before the closing of funds in 2022, according to the latest movements that the ‘hedge funds’ have made since November.

According to the records of the National Securities Market Commission (CNMV) compiled by ‘EP’, bearish funds have been especially active among Spanish listed companies in the last two months, either raising or reducing their bets. The XTB analyst Darío García points out that these positions are concentrating on the entire Ibex, since the funds consider that the brief upward cycle that the selective has experienced in the fourth quarter has come to an end and that 2023 will start with strong sales in the market

Thus, a total of eleven companies currently have a significant presence of some of these funds (a short position is considered to be significant when it exceeds 0.5% of the capital), although Fluidra stands out, with the presence of five firms that adds up to 3.87%. Regarding this value, Renta 4 analysts indicate that the acquisition prospects for the company specializing in swimming pool construction are negative in the very short term and uncertain for 2023, given the macroeconomic deterioration and the lower positive power of consumers. However, I believe that the company will return to growth in 2024 and that by 2025 it could equal the figures registered in 2021.

For their part, Banco Sabadell experts maintain that Fluidra’s share would already be discounting a sufficiently adverse scenario, by accumulating a stock market drop of close to 60% since the beginning of 2022, but that the first three months of 2023 may continue to be weak for the company.

Sacyr has a joint significant short position of 2.77%. Contrary to Fluidra, this company registered a revaluation of 13% in the year as a whole. On this company, the XTB analyst highlights that the ‘hedge fund’ Polygon Global Partners has raised a position of 0.5% on December 12, although Citadel Advisor has reduced its bet on December 7 from 1.6% to 1.38. Thus, in net terms, the bearish position in Sacyr has warned of 0.28%.

Solaria is behind, with a short position of 2.59%. Renta 4 points out that the company is demonstrating “brilliant financial management” and has catalysts to perform well in the long term, but indicates that the shares are “excessively positive” with the speed that the public administration grants construction permits of renewable projects.

“The saturation of the Public Administration in the processing of the huge number of projected renewable projects in Spain has had a significant impact on Solaria’s connection rate, being lower than expected in its ‘Capital Markets Day’, held in September 2020 , where it was expected to reach 3,325 MW installed in 2023 and 6,200 MW in 2025”, they point out.

For its part, Enagás has a significant short position of 2.29%. This company accumulates a 20% drop in the stock market since the beginning of this year, impacted by the open energy crisis after the Russian invasion of Ukraine. This situation has called into question the supply of Russian gas and oil and has led the European Union to seek measures to stop the escalation of precious energy prices and the search for renewable alternatives to replace dependence on Russia.

In this sense, Renta 4 analysts point out that the energy transition favors a greater volume of investment and that Enagás focuses its growth on Spain and Europe, to the detriment of America. They also consider that, thanks to the operating cash flow, the company will pay the promised dividends until 2026, although from then on, this remuneration arose from the level of investment, leverage, the sale of assets and regulation.

By 2023, experts expect Enagás to register a drop in its net profit as a result of lower Ebitda, lower results from investees and worse financial results, but it highlights certain catalysts in the long term, such as higher investments, which could be reviewed by the rise in value.

Apart from these four companies, there are seven other Ibex 35 values ​​that have some significant short bet in their capital, such as ACS, where AKO Capital has notified a position of 1.51%. This fund is also present in Grifols, where it has a 0.72% position. Citadel Advisors is present in the capital of Sabadell, with a position of 0.51% and in Meliá, with 0.70%, while Marshall Wace has declared a bearish bet of 0.51% in CaixaBank and 0.69 % in Ferrovial. Finally, DE Shaw&Co has a 0.69% short position in Cellnex.

Share
Facebook
Twitter
Pinterest
WhatsApp
Previous article
Danila Kozlovsky, who did not receive money for the Karamora series, obtained almost 700 million rubles through the court and bought the rights to the project.
Next article
In Germany, doner kebab surpassed traditional currywurst as the most popular fast food KXan 36 Daily News