HomeLatest News"The general and his family": a requiem for our past
Latest News

“The general and his family”: a requiem for our past 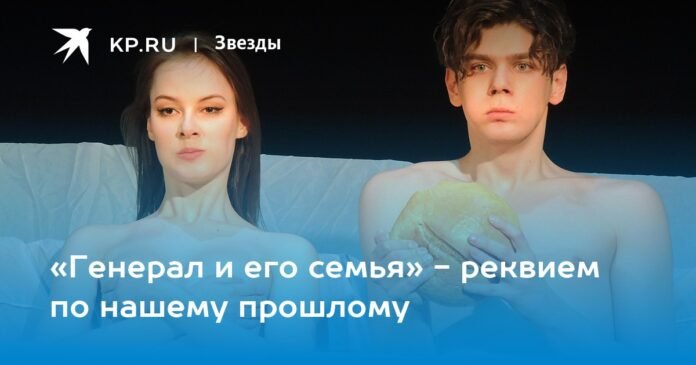 Performance-narrative, family saga in one segment, one year long

The show is based on the novel by Timur Kibirov, winner of the Big Book literary award. The timing of the action is somewhere between the centenary of Vladimir Ilyich Lenin and the 60th anniversary of the Great October Revolution. 70s At the turn of the era, as always in Russia.

Performance-narration, a family saga in one segment, lasting one year. Images of life, full of joys and sorrows. The Khrushchev thaw is over, the Brezhnev stalemate has begun, and the stores have empty shelves. When he gets a deficit through the store manager, through the store manager, through the merchant! – as Arkady Raikin said. “And why don’t you like Soviet power?” – the Soviet general by the name of Bochazhok is sincerely amazed – Vasily Ivanovich, like Chapaev. He heads the country’s anti-space defense and commands a division somewhere in a remote province…

The general is a widower, he has a beloved daughter Anechka and a son Styopka. “Who is the most beautiful girl in the world?” – refrain from question. Anechka, who else! The general’s love for his family and his country is immeasurable. For them, he will overcome everything and go to any sacrifice.

Anechka has “On the walls, flowers and birds languish in the clouds …” She is in love with the forbidden Akhmatova. And they are called the same. Akhmatova appears on the stage not only in poetry. She in the flesh (actress Lada Churovskaya) crawls out of a bookstore, strikes beautiful poses, tempts, sows free thoughts along with Bach’s Chaconne, while the father general strengthens the country’s defense. It is impossible not to be imbued with poetry: Akhmatova talks not only about herself. It concerns everyone, and also Anechka.

A conflict of generations is born from poetry: a “totalitarian father” and his freethinking daughter. Parents and children, like the USSR and the USA during the Cold War, and not only then.

Anechka fled to Moscow to the Pedagogical Institute. But now she returns home, to the general … Not alone, but with a profit – “a bastard in the womb.” Pregnant and single. Disgraced the general. What will the neighbors say? Although what prejudices can be in the middle of the 20th century. “Well, she will give birth,” the general calms down… There was nothing and suddenly a grandson. Living person.” The general is now not just Vasily Ivanovich, he is Vasya’s full grandfather. And Styopka the fool is Styop’s real uncle, like Sergey Mikhalkov’s. There will be a baby, the Cold War with his daughter will be forgotten. Sasha is born, “the fruit of a great and incredible stupidity”.

And Anechka has a new romance with a soldier, private Leva Blumenbaum (Eyub Faradzhev). “A typical paradox” – the daughter of the general and Leva Blumenbaum … And the general remembers his happy and clear military youth as one day, as if it were yesterday. Of all her classmates, Bochazhka highlighted her love for classical music. She once was at a concert of Svyatoslav Richter and Nina Dorliak. And he found a wife with a musical name: Traviata. And let him speak with the family in a military manner: “To the position!”, “Company, get up!”, Let him lull his grandson to Zhukovsky’s poems “A drummer rises from the coffin at 12 o’clock the night … .”, and the younger generation considers him a “fool”, the serenade of Mozart and Schubert sounds in the soul of the general.

The daughter suddenly marries Leva. And she announces to the general that she wants to emigrate to Israel. All that is required of the father is… consent to leave. For a general in the anti-space forces and a doting father, this is like a shot to the head. That’s all: the country, family, life breaks like a plate. Time has caught up with us. Time has rested. There just wasn’t time. With the music of “Winter” by Vivaldi, life moves to the end.

The general’s love for his family and country is immeasurable. For them, he will overcome everything and go to any sacrifice.

The laconic scenery of the artist Maxim Obrezkov reminds what the world of developed socialism was like. No frills. The color is cobblestone, the most popular. Against this impenetrable monotony, Akhmatova’s dress is defiantly blue, and Anechka’s dress scarlet: “I wear a tight skirt to look even slimmer…”. And the ruby ​​stars of the Kremlin and Deineka’s easel mosaic: socialist realism was beautiful in her way.

Svetlana Zemlyakova retained Timur Kibirov’s elegant and ironic text in the performance. Where there are many recognizable quotes that determined the way of thinking of a Soviet person. And much more than older people feel nostalgic about.

But it’s amazing – the young artists involved in the performances managed to convey this feeling. As if they lived in the era of developed socialism and did not find out from their grandmothers. Polina Rafeeva, a student at the Shchukin Institute, gracefully played Anechka. In the role of the ridiculous and ugly girlfriend of her Masha, a talented trainee of the Vakhtangov Theater Polina Bondar. Spectacular actress Olga Borovskaya reincarnated as a shabby neighbor (part-time lover of the general) Larisa Sergeevna. The bright Caucasian girl Traviata (the general’s wife) is played by the master of the grotesque Maria Volkova. All the artists are amazing.

But the main surprise is General Bochazhok played by Maxim Sevrinovsky. Although earlier, Maxim delighted the audience with his performance both in “Richard III” and in the play “Our Class”. In The General and His Family, the 37-year-old artist reincarnated as a warrior who lived his life. To create the image, Maxim glued on Brezhnev’s shaggy eyebrows and put on makeup to make him look older. But even without these external trappings, you believe him. And you sympathize to tears with this sincere and straight as a rail general.

Share
Facebook
Twitter
Pinterest
WhatsApp
Previous article
Mikhail Gershkovich, member of the RFU executive committee: The Association of Domestic Coaches has a unanimous opinion: to do everything possible to stay in Europe – Rossiyskaya Gazeta
Next article
On New Year’s Eve in Moscow will close the entrance to Red Square