HomeLatest NewsThe Government and the Basque Country seek how to fit the new...
Latest News 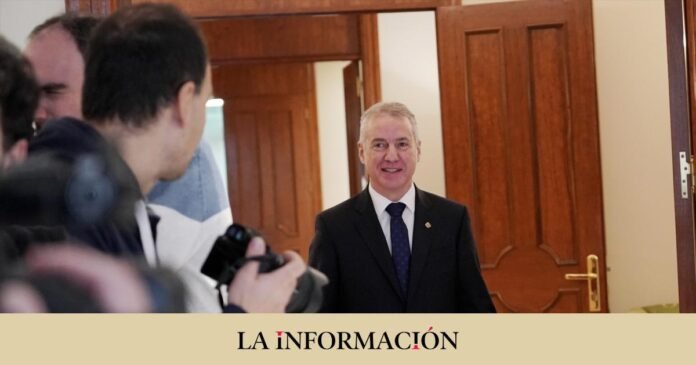 One week after the final approval of the tax on energy, banking entities and large fortunes in the Senate, the Mixed Commission of the Economic Agreement meets again tomorrow to discuss the consultation with the state treasuries of the Solidarity Tax of Great Fortunes to concretize the Basque participation in the temporary taxes that the Executive of Pedro Sánchez has carried out to alleviate the economic effects that the explosion has caused in the pocket of citizens. It would apply that the rate be transferred and that the Basque Government choose to apply it or not.

The tax on large fortunes will be levied for two years on assets of more than 3 million euros, with a minimum exemption of 700,000 euros. It will have the same deductions as the Wealth Tax and its collection “will be used to finance support policies for the most vulnerable”, according to the regulations that regulate it.

For its part, the equity benefit for energy companies will tax for two years -2023 and 2024, with reference to the accounts of the previous year- the sales of these companies with a rate of 1.2%, with the exception of regulated income and coming from outside Spain.

It will affect all electricity, gas and oil companies that billed more than 1,000 million in 2019, except those whose energy activity is not the main one, as well as oil or natural gas, coal mining or refining producers in Spain.

For its part, the benefit for financial institutions is very similar to the energy benefit: like this, it will be temporary, for two years. In this case, the obligated entities will be those whose interest and gross commissions charged to clients exceeded 800 million in 2019, including foreign entities supervised by the European Central Bank that exceed that threshold in Spain.

Tomorrow is the second meeting of this mixed body in just over a month, after the one held on November 17 and in which the new Quota methodology was agreed for the five-year period 2022-2026, which sets the provisional quota of the base year at 1,472 million euros, an amount very similar to that disbursed last year.

In addition, at that meeting the agreement on two new tax figures was also agreed: the Special Tax on Non-Reusable Plastic Containers and the Tax on the Deposit of Waste in Landfills, Incineration and Co-incineration of Waste, found.

The meeting will be held electronically and the Basque party will be made up of the Ministers of Economy and Finance, Pedro Azpiazu, and of Public Governance and Self-Government, Olatz Garamendi, and the three general deputies.