HomeLatest NewsThe Government borrows 5,000 million from the EU to pay for the...
Latest News

The Government borrows 5,000 million from the EU to pay for the ERTE 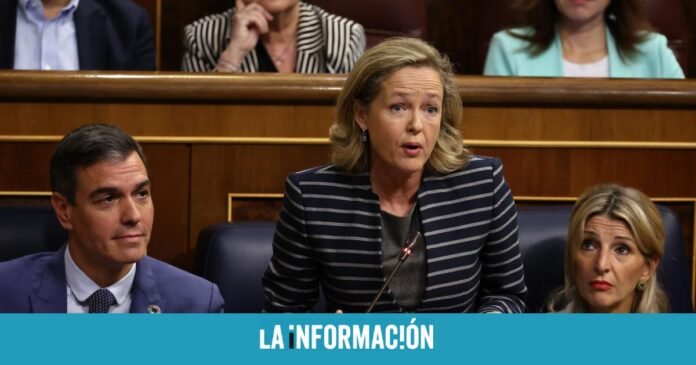 The Government is going to allocate part of the credits from the European recovery funds to cost the processes of suspension of employment and restructuring of companies in times of crisis. Specifically, up to 5,000 of the 84,000 million euros that Spain is going to receive in the form of loans will be used to finance the RED Mechanism, the new temporary employment regulation file models (ERTE) that created the labor reform approved ago Now a year. This is established in the addendum to the Recovery, Transformation and Resilience Plan, which includes additional investments and reforms for the mobilization of transfers and loans assigned to Spain from Next Generation EU funds for the period 2020-2026.

In the document that the Government has sent to Brussels, a set of investments and reforms are proposed that will be added to those already launched by the Executive to mobilize an additional 7,700 million euros in transfers and up to 84,000 million in loans. As explained by the Ministry of Economic Affairs, the bulk of the transfers will be used to reinforce the 11 PERTEs already underway and the launch of a new strategic project. Meanwhile, the credits will be channeled through 12 funds for the productive fabric and regional projects.

One of these investment funds is called the “Labor Reform Fund: RED Mechanism” and is endowed with an import of 5,000 million euros. The destination of these resources that will come from the European Commission, as explained by the Government, is the “starting up of the financial support of the mechanism of flexibility and certainty of employment, as well as financing the requalification of workers in transition”. In other words, the Executive is going to use a significant part of the credits that it has requested from Brussels to pay for the mechanism itself in terms of both social protection and the training of workers affected by these processes.

It must be remembered that the labor reform that the ministries of Labor and Social Security agreed to with trade union and business organizations at the end of 2021 introduced an article in the Workers’ Statute, within the ERTE section, to incorporate the Mechanism into the regulatory framework. RED, defined as a measure of flexibility and precision of employment that is activated by the Council of Ministers for a sector of the economy or for a specific time cycle. It implies that companies can opt both for the temporary suspension of the employment contract and for the reduction of the working day of the workers, who are covered by economic benefits and have the right to receive training.

Royal Decree-Law 32/2021 established that a RED Fund for Flexibility and Employment Stabilization would be constituted “as a fund without legal personality, attached to the Ministry of Labor and Social Economy, whose purpose will be to meet the future needs of rivacing those of the cyclical and sectorial modality of the RED Mechanism in terms of benefits and exemptions to companies from the payment of Social Security contributions, including the costs associated with training, in the manner and conditions provided for in its implementing regulations”. But the Government did not activate the development of this fund until last July, three months after the Council of Ministers approved the procedure to request the mechanism with the aim of preventing the energy crisis derived from the war in Ukraine from causing bleeding in the job market.

The design of the fund establishes that its sources of financing will be the surplus of social contributions generated in good times, between the income from unemployment contributions and the payment of benefits; contributions from both the General State Budget and financing instruments of the European Union geared towards this end; and the resources generated by what is known as the “Telephone Amendment”, which obliges large companies that carry out collective layoffs that affect people over 50 years of age to make contributions to the Public Treasury. So, since its inception as a fund, the Government has already considered the possibility of using money from European funds to finance it.

Moreover, the Spanish Government has already received more than 22,000 million euros from Europe to meet the cost of business flexibility mechanisms. Specifically, 21,300 million euros from the European fund for the maintenance of employment, baptized as SURE, from which our country has already exhausted all the resources that corresponded to it. And this would have to be added another 1,100 million that the European Commission granted to Spain at the beginning of this year, from the React-EU program, which is part of the anti-crisis plan of 800,000 million euros launched by the EU to get the economies out of of the bloc of the crisis caused by the pandemic and that reinforces the budget of the Cohesion Policy.

Share
Facebook
Twitter
Pinterest
WhatsApp
Previous article
Charlie Chaplin’s granddaughter supported the Russians
Next article
Zakharova: There is no need to respond to Kyiv’s calls to exclude the Russian Federation from the UN KXan 36 Daily News