The Government extends the 2022 SMI to 2023 pending an agreement 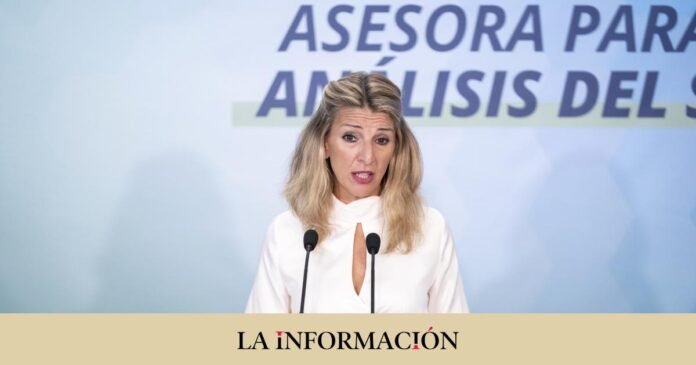 2023 is just around the corner and for now the Government has included within the royal decree of economic measures the extension for this new year of the Minimum Interprofessional Salary, which stands at 1,000 euros per month, meanwhile, it is expected that the The Ministry of Labor agrees the figure for next year with the social agents.

After the meeting held last week between the department led by Yolanda Díaz and the CCOO and UGT unions, no agreement was reached and the Government took it for granted that the final figure for the SMI will not be finalized until 2023. Port all this , the royal decree-approved yesterday must extend the validity of the SMI “during the period necessary to guarantee the continuity of the work of the social dialogue table in the search, one more year, for an agreed increase in the minimum interprofessional wage”, according to articulates the text of the standard.

The Executive understands that it is necessary to guarantee an effective participation of the social agents within the setting of the SMI for a “particularly complicated” social and economic context, but the growth of this variable is an unwavering obligation to comply with the commitments assumed within the scope and international.

But in the absence of an agreement, when the SMI of 2022 ceases to produce effects, the Government affirms that there are reasons of “extraordinary and urgent necessity” that make it “inescapable to temporarily maintain its validity as of January 1”.

“In this way, legal certainty is guaranteed and the function of the interprofessional minimum wage is given continuity”

In this way, the SMI is temporarily extended until a decree is approved that supports an updated setting in 2023, respecting the social dialogue and the provisions of article 27 of the Workers’ Statute: the consumer price index, the average national productivity, the increase in labor participation in national income and the general economic situation.

The positions of experts and agents

The latest report made by experts at the service of the Government recommends betting on a range that oscillates between 4.6% and 8.2% by 2023. In addition to a six-month review to assess sufficiency given the context in which we live of price inflation.

At the moment, the executive has not put any figures on the table, although it is normal for him to be guided by the suggestions made by the experts. That employers join this cause is quite complicated, since they have broken their relations with Labor after the new amendments, recognized by the Employment Law, of labor inspection that will allow alleging the causes of collective dismissals. In any case, whether or not there is an agreement with the unions, the increase in the SMI of 2023 will have retroactive effects from January 1 of next year.

Share
Facebook
Twitter
Pinterest
WhatsApp
Previous article
“I celebrated in such a way that I don’t remember anything”: Sergey Zhukov told how he celebrated the New Year as a student
Next article
Disney+ releases teaser trailer for the animated series Star Wars clone commando