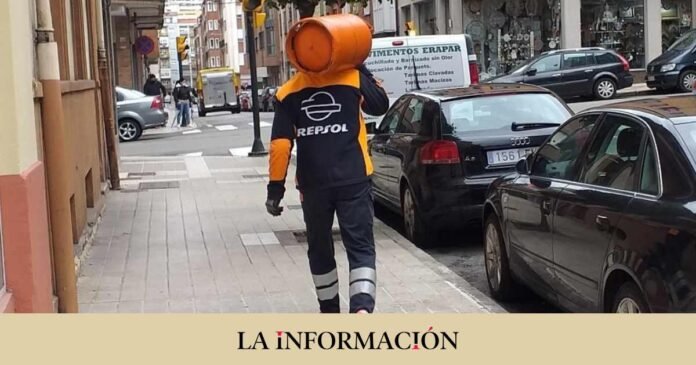 The price of the butane pump to be paid by consumers is again limited until June 30, 2023 in anti-crisis emergency, to face the high inflation rate that, fortunately, closed the last month of the year below 6% . However, in the last six months it was able to rise in price, since the Pedro Sánchez Executive limited the cost of bottled liquefied petroleum gases at the end of June 2022, that is, the popular butane cylinder.

It should be remembered that, normally, the determination of the maximum sale price, before taxes, of liquefied petroleum gases in containers of 8 Kg to 22 Kg, is carried out automatically every two months with a mathematical formula. The increase or decrease in the price is limited to 5% in relation to the previous two-month period, and the variation in excess of said 5% remains pending application for the following two-month period. However, until June 30, the amount to be paid will not change. In this sense, in November it already dropped to 18.58 euros, for the first time in two years. And it is that the fluctuations during the last years have been varying. For example, in 2008 it cost 14.10 euros, while in 2009 it dropped to 10.50 euros. However, just one year later, in 2010, it rose to 11.06 euros.

However, this is not the only thing that does not change. From within the Council of Ministers, the reduction in VAT on the electricity bill from 10% to 5% applied to consumers, companies or individuals, with a contracted power of up to 10 kilowatts, will continue until mid-2023. At the same time, the reduction in the VAT rate applied to the receipt of natural gas from 21% to 5% will be extended until the end of June 2023. Another of the measures in the sixth anti-crisis package has to do with the suppression of VAT on first-class food need

How much does the butane cylinder rise in 2023?

The butane cylinder may not increase in price until June 30, 2023, when the measures adopted in Royal Decree-Law 20/2022 of December 27 end. Therefore, its price will continue to be 19.55 euros per 12.5 kg bottle for the next six months. This price corresponds to the last revision published on November 15 and whose parent text was published in the Official State Gazette.

Specifically, the regulation states that “in order to avoid the serious consequences that a scenario of repercussions of the increase in hydrocarbons have for final consumers, especially those vulnerable ones, it is considered necessary to extend the limitation of the maximum price of liquefied petroleum gases (bottle of butane) until June 30, 2023”.

On July 18, 2022, the BOE updated the system by which the new sales prices are published, before taxes, of bottled liquefied petroleum gases, equal to or greater than 8 kilograms, and less than 8 kilograms.

LPG packaging is a mixture of hydrocarbons, mainly composed of butane, which serves as an alternative to natural gas for energy consumption in pressure containers, especially in towns or urban centers without connection to the natural gas network. Currently, 68 million LPG containers of different capacities are consumed, of which 53 million are subject to the maximum regulated price (78%). Despite everything, from 2009 to 2018 the total consumption of bottled LPG has decreased by 20%.